One of five brothers and a sister, JT Luciano is a widowed environmental biologist with a touch of the Sight who is preparing for an apocalyptic event he knows is coming. Holed up at his military survival camp named the Haven, preparing room for his family, JT is ready for whatever might come… except for one woman.

Elizabeth Johnson, virologist and Senator’s daughter, is carrying precious cells for a vaccine against the swiftly-evolving, deadly flu that’s sweeping the nation. Her plane crashes in JT’s potato field—and she must convince him to leave his safe haven and help her get across the country to Washington DC, as one by one, the structures of society implode.

As they travel a scorching road, danger brings them together to find one good, true thing in a changing world.

Award-winning, USA Today bestselling social worker turned author Toby Neal grew up on the island of Kaua`i in Hawaii. Neal is a mental health therapist, a career that has informed the depth and complexity of the characters in her stories. Neal’s police procedurals, starring multicultural detective Lei Texeira, explore the crimes and issues of Hawaii from the bottom of the ocean to the top of volcanoes, and are so popular that they’ve spawned a licensed fan fiction world on Amazon. Fans call her stories, “Immersive, addicting, and the next best thing to being there.”

You can get a FREE copy of award-winning mystery Torch Ginger by signing up for her email newsletter here:

Or, get award-winning Somewhere on St. Thomas, a lushly-written “retro-romance” and first in her Michaels Family Romance series, by signing up for her Romance Lovers list here:

Emily Kimelman is the author of eight mysteries in her best selling Sydney Rye Series about a brave female protagonist and her giant dog, Blue. Emily also writes dystopian, paranormal romances under the name E.J. Kimelman. A traveler, mother and all around bad ass chick, Emily is always happy to hear from readers. Connect with her on Twitter @ejkimelman, Facebook, and at her website emilykimelman.com. Visit Emily’s website and sign up for her Readers’ Group to receive four FREE ebooks including the first book in her Sydney Rye Series, UNLEASHED. You’ll also get special offers, new release announcements and more. 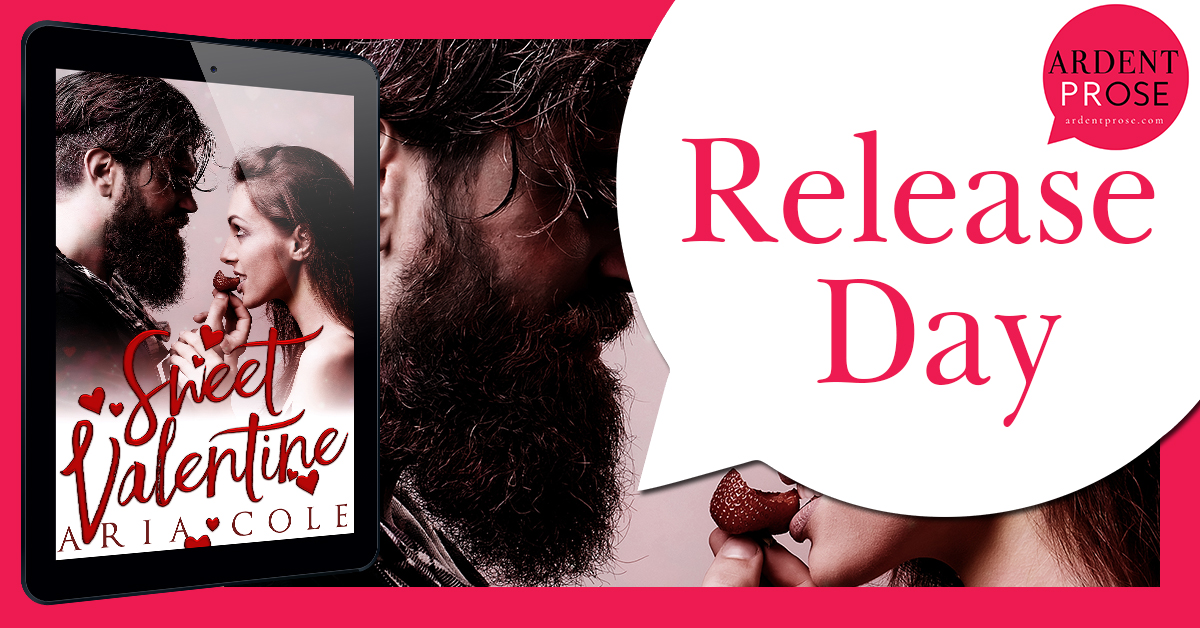 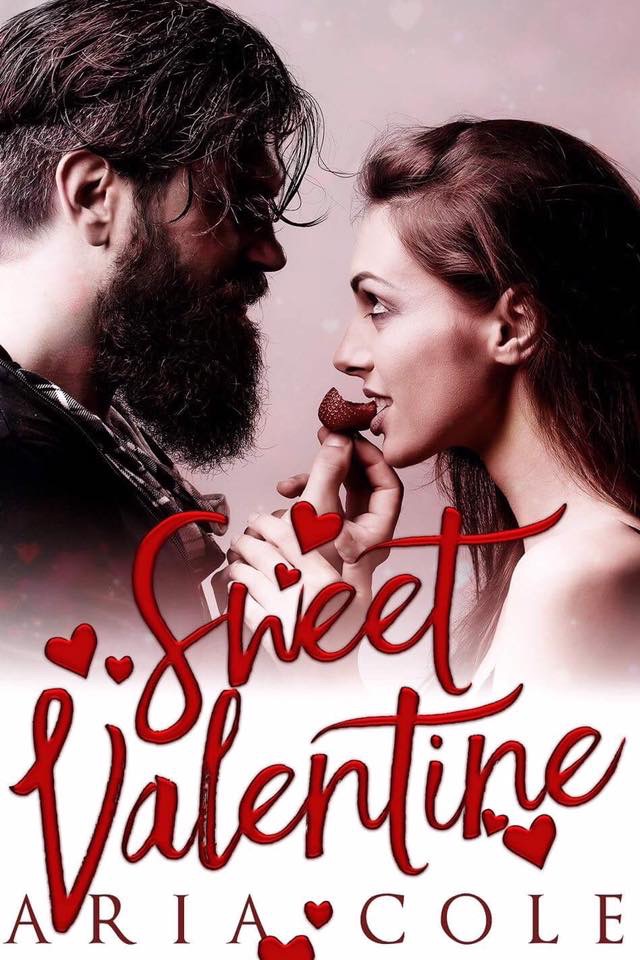 Three things sum up Valentine Marsden at this moment: she’s got a sweet tooth so deep she opened her own bakery; she hates the holiday that is her namesake; and she just might be charged with murder tomorrow morning when she strangles the contractor next door banging on the walls during the busiest week of the year. Valentine finds herself bumping into the completely sexy and totally cocky stranger more and more often. So often she’s beginning to think he’s a working man with a serious sweet tooth…Ford Knox has spent almost twenty years secluding himself from the public, retreating to his mountain cabin after work everyday without a second thought for complicated things like women and relationships. But when the syrupy sweet and dangerously curvy bakery owner next door seems to fall right into his lap this Valentine’s Day, he winds up drunk on her and desperate for more. Knox is a real man with a wicked appetite, and Valentine is the only thing he can see.Warning: Sweet Valentine is cocky, blue-collar alpha goodness with a dash of sweet candy hearts, lush chocolate-dipped strawberries, and sawdust-scented first kisses. Grab a chocolate martini because Knox and Valentine are about to melt your insides! 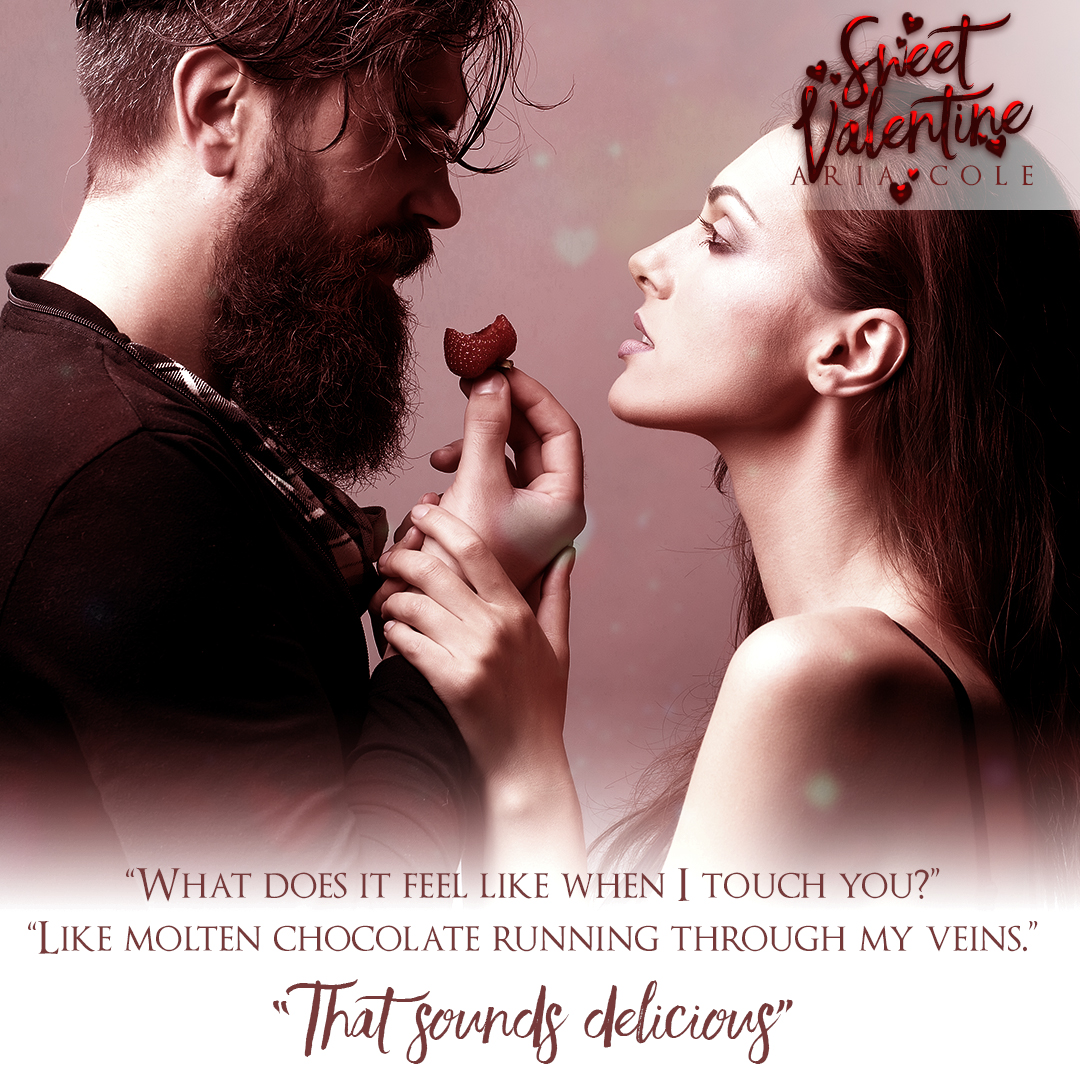 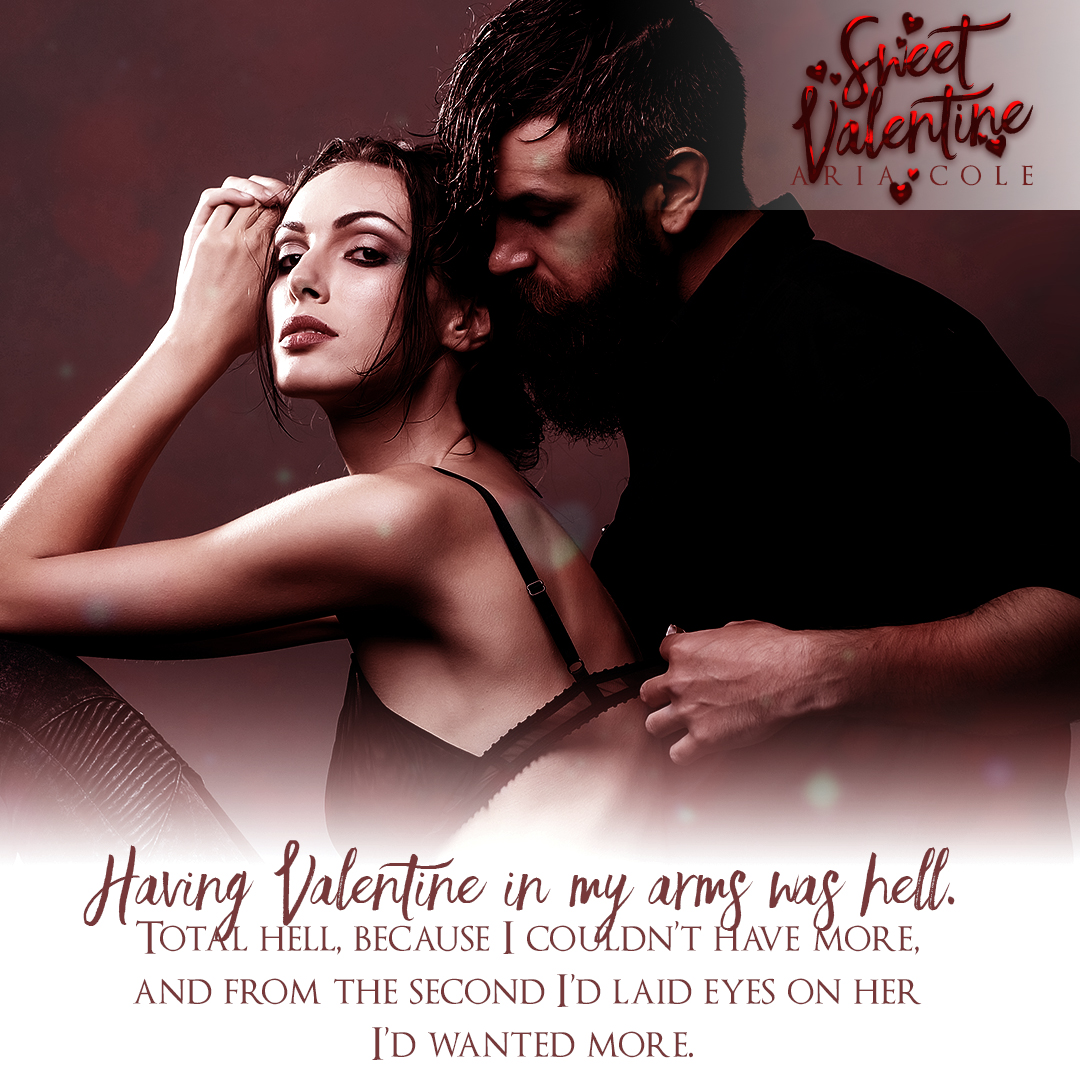 Aria Cole is a thirty-something housewife who once felt bad for reading dirty books late at night, until she decided to write her own. Possessive alpha men and the sassy heroines who love them are common, along with a healthy dose of irresistible insta-love and happily ever afters so sweet your teeth may ache. For a safe, off-the-charts HOT, and always HEA story that doesn’t take a lifetime to read, get lost in an Aria Cole book!Follow Aria on Amazon for new release updates, or stalk her on Facebook and Twitter to see which daring book boyfriend she’s writing next!
Sign up to get a NEW RELEASE ALERT from me! 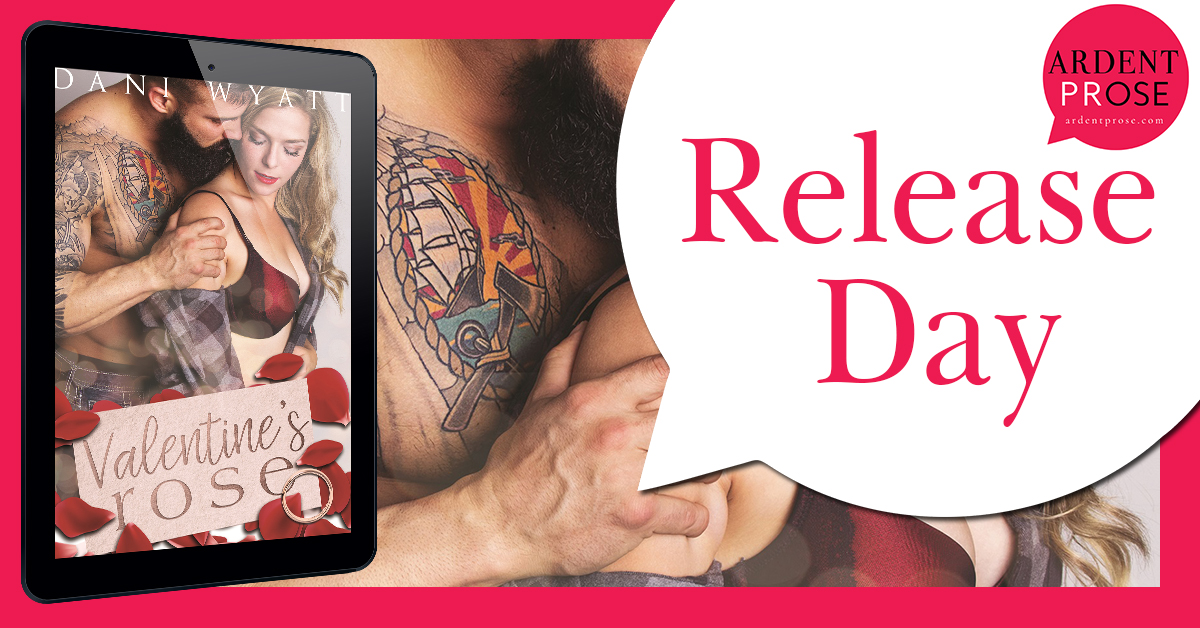 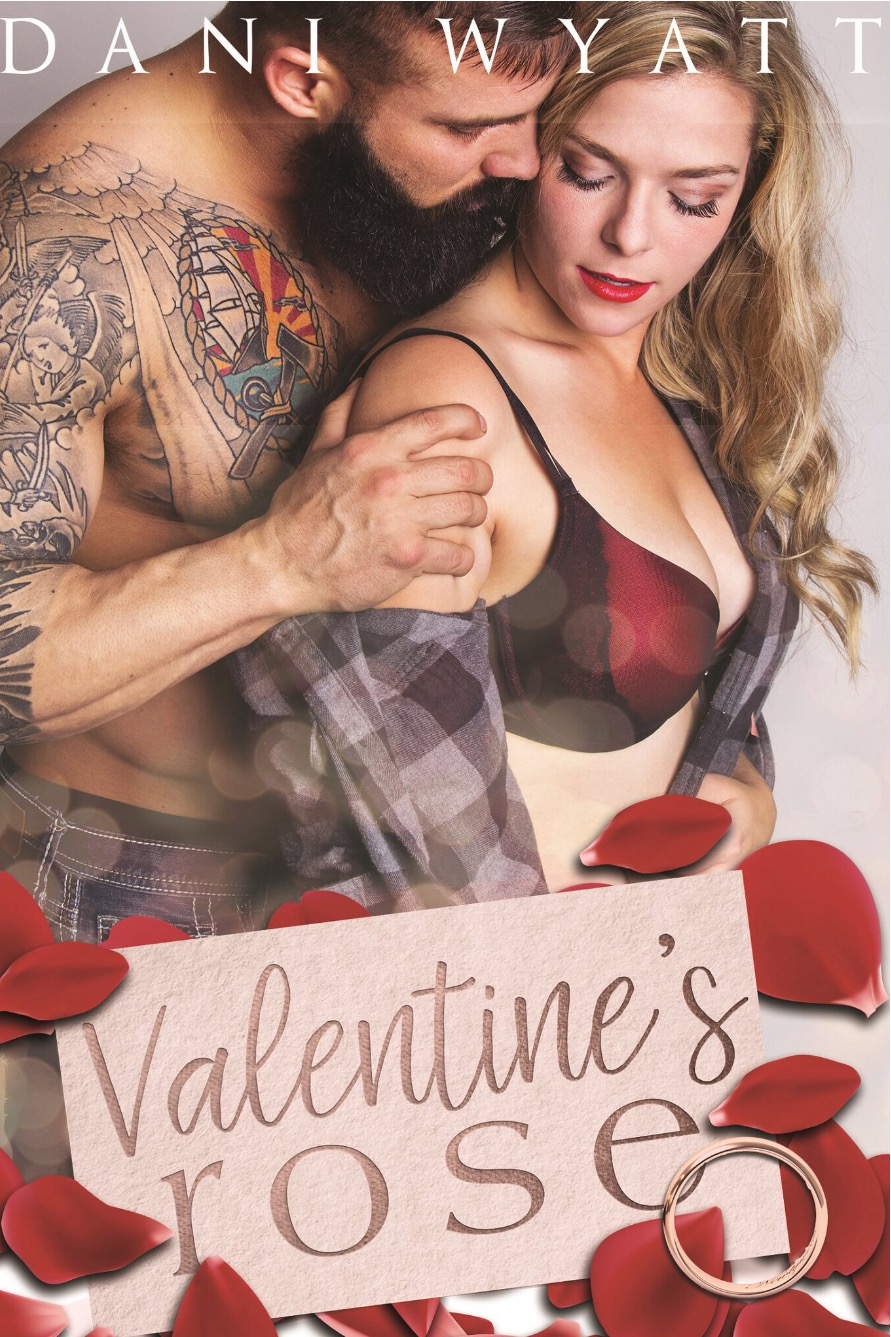 It only took Tanner Valentine one look at her to know this rare Rose was his one and only.  Growing the world’s rarest and most coveted roses is this mountain man’s obsession until he walks into her flower shop and his new obsession takes over.  There’s just one thing holding him back from staking his claim, that ring on her finger.Rose Everhart spends her days arranging flowers.  On this valentine’s day, she let’s it slip that although she’s send out thousands of arrangements to other lucky recipients, she’s never been the receiver of flowers herself.  What she doesn’t know, is wearing her grandmother’s scratched and worn rose gold wedding band has kept the hulky flannel wearing rose grower that’s filled her fantasies for months at a distance for too long.Will these two unlucky at love introverts finally discover what it’s like to discover your one and only?  Only, will someone from Rose’s past force her to retreat back into her solitary world just as she’s beginning to understand the power of true love? 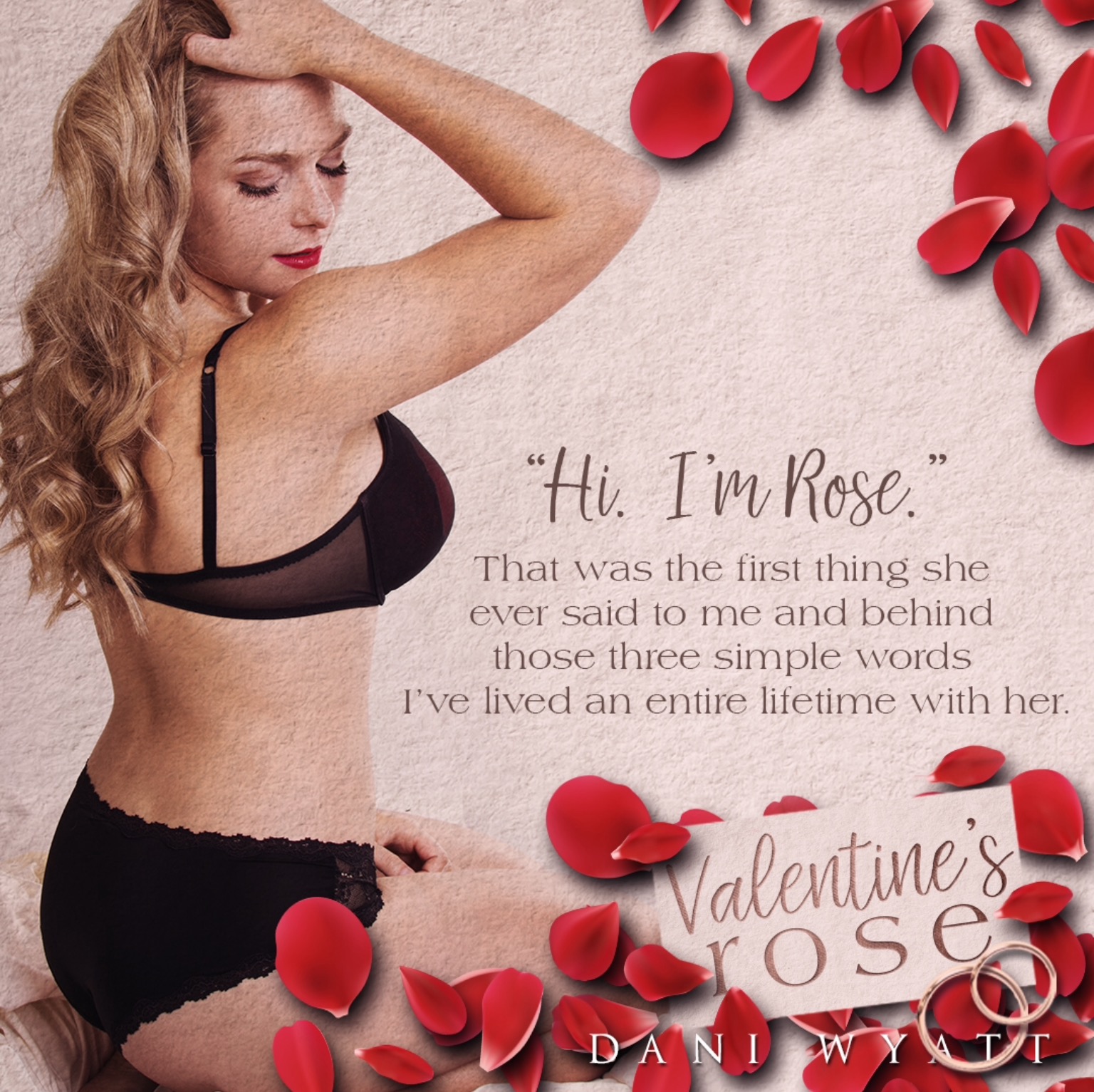 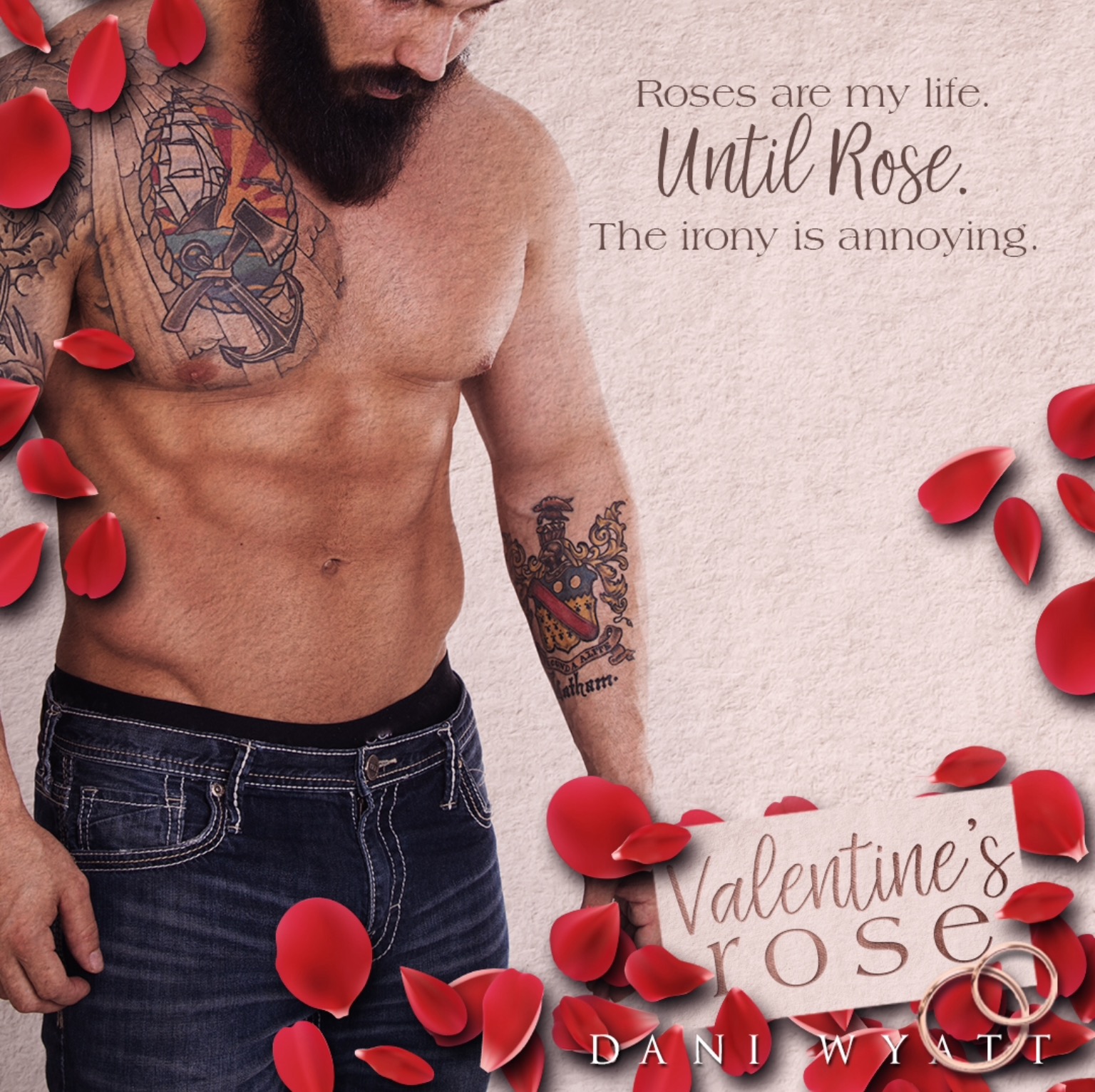 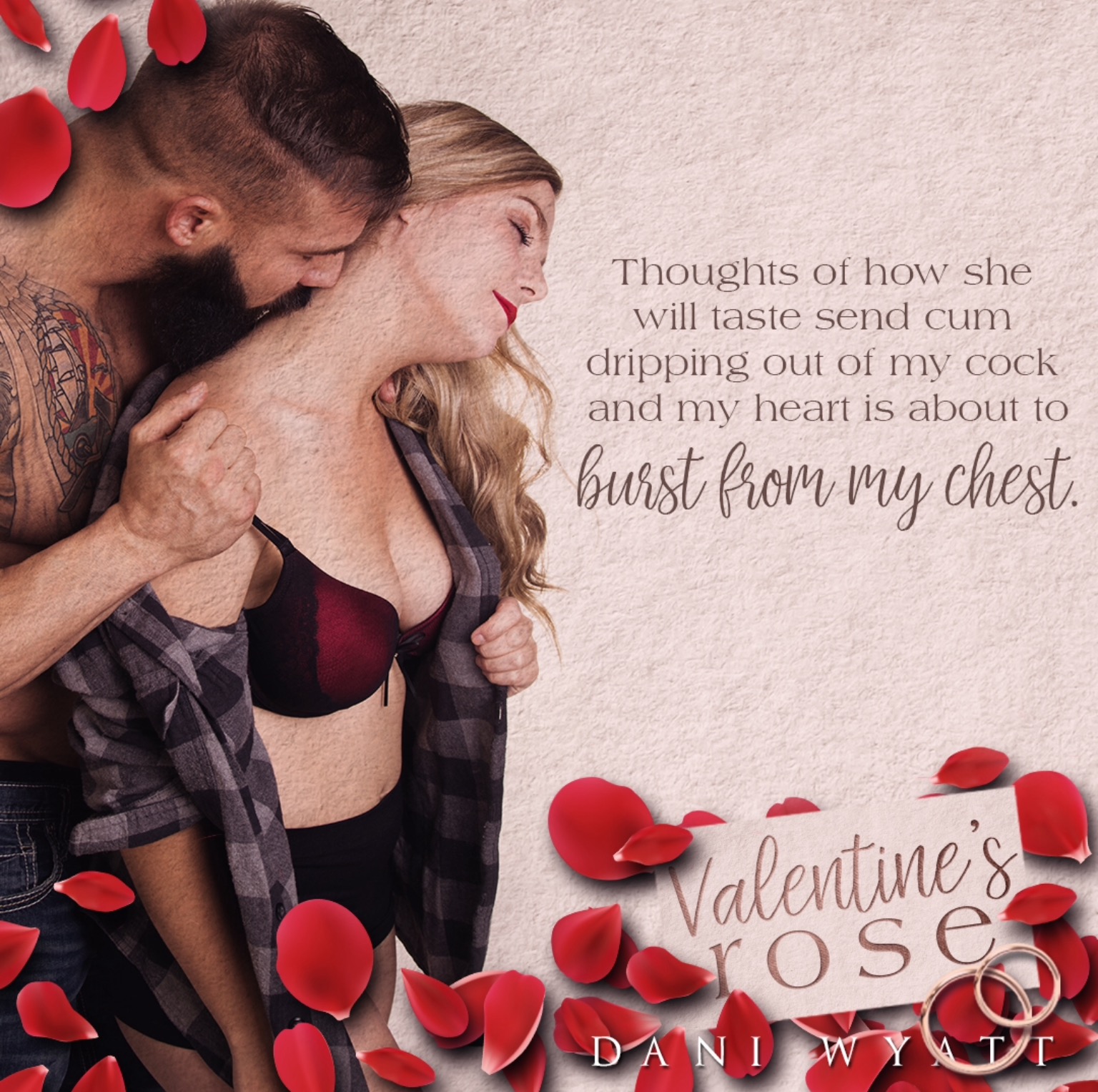 Dani Wyatt loves her alpha men; make them military, cowboys, MMA — any uber alpha with a wicked possessive streak and an insatiable libido. Receive a free exclusive unpublished title when you join Dani’s private readers group for updates, free chapters and discounts.
She’s a 40 something regular lady who just happens to love badass alpha males who pull your hair and love their women with a lethal passion.
When she’s not writing (which is not often) she is probably laughing about some irony (like A-1 Steak Sauce is vegan), riding her horse, wondering why The Walking Dead can’t have a new episode every night, or looking cross-eyed at some piece of technology sent to ruin her day.
Author Links
Facebook  Amazon page  Goodreads