She was, still is, and will never be anything but my everything.

Our love was all consuming, passionate, and forbidden. We took risks to be together, carrying on an affair for years before her psychotic drug lord husband found the truth behind the lies. She barely escaped with her life … and that of my newborn son.

My club president told me that our love was no longer worth the risk, gave me a choice, and loyalty to the club being what it is, I walked away from her. I left behind the only thing I’ve ever wanted more than life itself and remained the dutiful soldier to a corrupt leader.

Six years and a promotion to club president later, it’s time the lies stopped. She IS worth the risk, I’ve NEVER gone a day without thinking about her OR my son, and I know underneath it all she DOES still love me. She just won’t admit it … yet.

It’s time to run this club my way and make my family what it should have always been—complete. The road may have been long and lonely, but the journey is far from over. 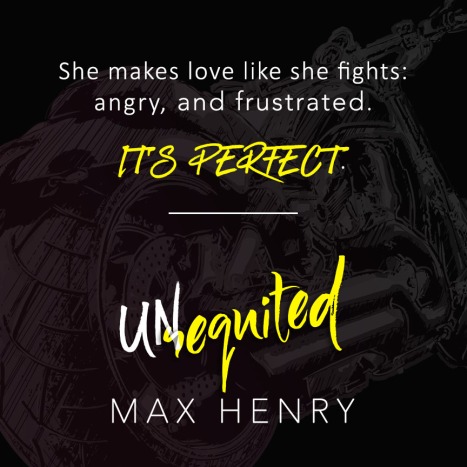 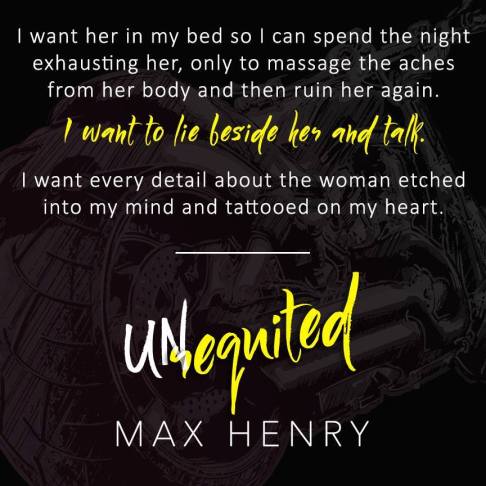 Max is the author of the suspense filled, and highly emotive Butcher Boys series. She writes uniquely dark romance, featuring damaged alphas and the women who help them achieve balance in their lives.

Originally born and bred in Canterbury, New Zealand, Max now resides with her family in beautiful and sunny Queensland, Australia. Life with two young children can be hectic at times, and although she may not write as often as she would like, Max wouldn’t change a thing.

In her down time, Max can be found at her local gym, brain-storming through a session with the weights. Or, she may be out bumping, and jostling her way along a dirt track with the family in hubby’s 4WD.