The second novel of The Real Seal Series

Add to your TBR:

Everyone knows there is no “I” in team, but to Macs Newstead–orgasm-gifting, muscle-filled Navy SEAL hero–there are more important words than team. Words like victory and vanity and selfishness. People say those words like they are a bad thing, but to Macs, they’re simply tools in his highly effective arsenal. When a man’s entire existence revolves around the necessity to end lives, silly, mundane things like second dates or monogamy seem worthy sacrifices.

Downward facing dog or doggy-style–it’s all the same to Teala Smart, a whip-smart yoga instructor. She owns her studio like she owns her life–with focus, positive energy, and pure devotion. That devotion, however, does not trickle into her love life (or more accurately, her lust life.) Relationships are a roadblock to her success. They get in the way and tangle up emotions more than the lotus pose tangles up limbs. Men are best kept just for a night and then released into the wild before feelings get too messy.

HERO HAIR, the second novel of International Bestselling Author Rachel Robinson’s THE REAL SEAL SERIES, is the account of an life-altering journey detailing the awakening of two hollow hearts, both set on taking their own pleasures without any emotional attachment. The ruthless SEAL finally meets an enemy he can’t defeat, and both Macs and Teala find, against their wishes, and despite atrocious circumstances, a chemistry so explosive it leaves nothing but deconstructing love in its wake.

Rachel grew up in a small, quiet town full of loud talkers. Her words were always only loud on paper. She has been writing stories and creating characters for as long as she can remember. After living on the west coast for many years she recently moved to Virginia Beach, VA. 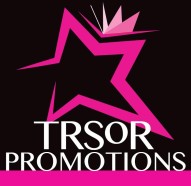