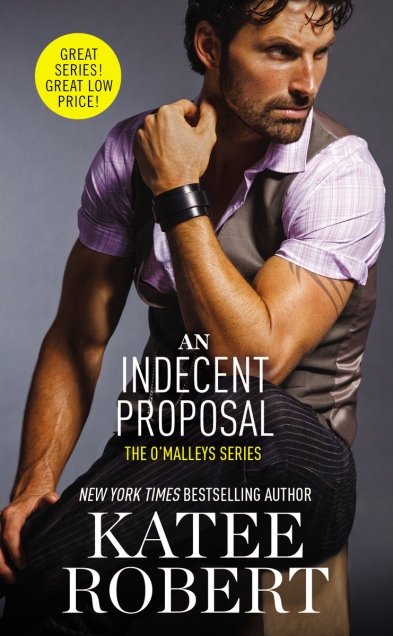 When a no strings attached arrangement turns into something more, Cillian O’Malley and Olivia Rashidi must overcome the family ties that bind them. Fans of Jackie Ashenden’s Make You Mine and Kresley Cole’s The Master, will devour the super steamy and fast paced third book,
An Indecent Proposal in the wildly popular O’ Malley series by NYT and USA Today Bestselling Author Katee Robert. 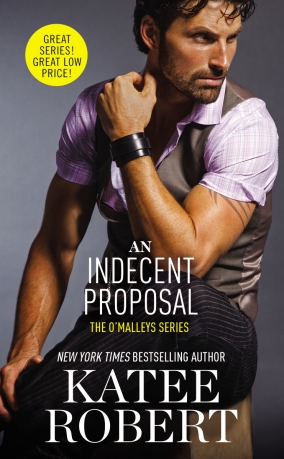 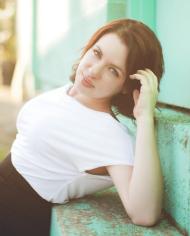 New York Times and USA TODAY bestselling author Katee Robert learned to tell her stories at her grandpa’s knee. She found romance novels at age twelve and it changed her life.

When not writing sexy contemporary and speculative fiction romance novels, she spends her time playing imaginary games with her wee ones, driving her husband batty with what-if questions, and planning for the inevitable zombie apocalypse. 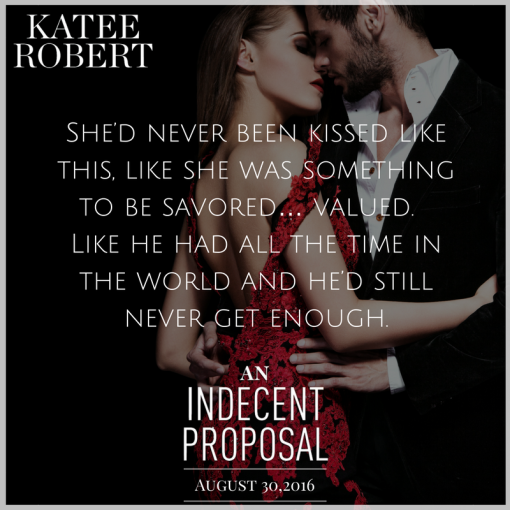 “Thanks.” There it was again, that look that threatened to curl her toes. He reached out and took the washcloth from her and tossed it onto the nightstand. “I’m going to kiss you now.”

She should object, move away, do something other than rest her hands on the top of his thighs and tilt her head up. Stupid, stupid, stupid. Didn’t the last few years teach you anything? Apparently not, because she wanted Cillian to kiss her again, and she wanted him to kiss her now.

Truth be told, she wanted him to do a whole lot more than that.

His lips quirked up at the edges. “I can see I’m blowing your socks off. Let’s see if I can do better.” He cupped her face with one hand and then his mouth was on hers, soft and teasing, testing—nothing like the forceful kiss that started everything last night. She opened for him immediately, driven by the lightning dancing just beneath her skin. She wished she could blame it on being skin-starved, but the truth was that this man was doing more with a near-innocent kiss than Sergei had ever done with his entire body and hours at his disposal. I am in so much trouble.

Then Cillian’s tongue stroked hers and she was lost. She gripped his thighs as he explored her mouth, giving herself permission to do some exploring of her own. He was all lean muscle, as if he’d been melted down and stuck in a forge, only to come out new. She ran her hands up his legs, stopping just short of his hips.

She’d never been kissed like this, like she was something to be savored…valued. Like he had all the time in the world and he’d still never get enough.

Common sense tried to rear up and remind her that it was a goddamn kiss, not a lifetime commitment, but then his thumb feathered across the underside of her breast, and all rational reasoning flew right out the window.

He rested his forehead against hers, and groaned. “You’re making it hard to be good, sweetheart.” 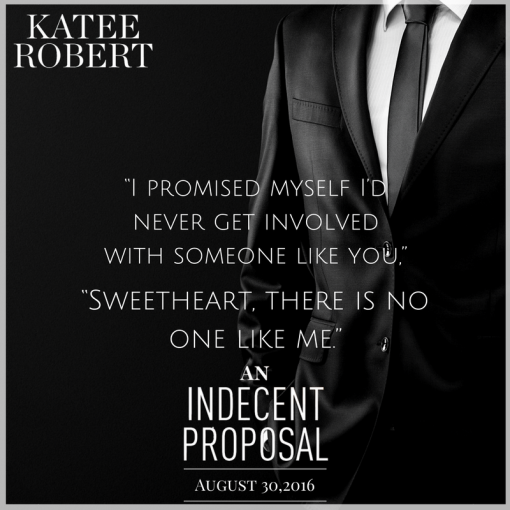