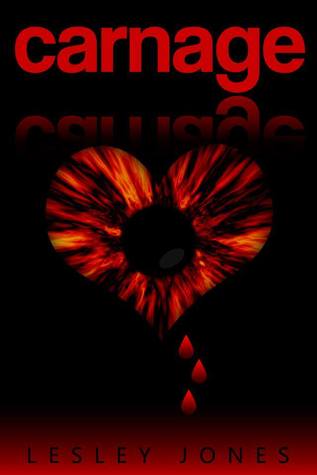 I love him, from the instant I set eyes on him when I was just 11 years old I have loved him and nothing will ever change that, he owns me, he owns my heart and he owns my body and no matter how many lies are told, no matter how many people conspire to keep us apart, despite the fame and the distance, we will find a way.

“Georgia Rae, when we made love you used to cry” … He waits for me to sing my bit. I try to swallow down a sob but I just end up singing through it…
“I said I love you like the stars above, I’ll love you till I die”

Carnage is an edgy coming of age love story that breaks all the rules and transcends the decades. Georgia and Sean’s story will stay with you long after you read the final word.
An emotional, smoking hot, gut wrenching read. 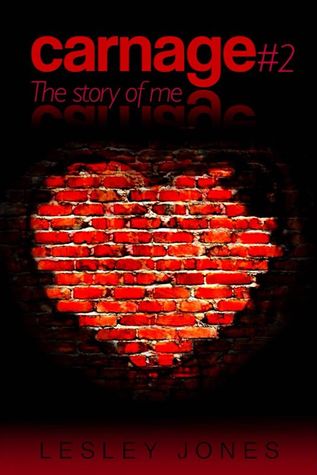 When your world, your life and all of your hopes and dreams for the future are ripped out from under you, how do you go on?

I spend my lonely days and nights trying to make sense of what my life has become. Do I have the strength to move forward into the light, or should I just let the darkness take me?

I’m Georgia Rae Layton McCarthy and this is the story of me, just me.

THE CARNAGE EXPERIENCE BY REBECCA

I was born and raised in a small working class town in Essex, just outside of East London. I am married with three sons and in 2006 we all moved to the other side of the world, settling on the beautiful Mornington Peninsula, about 50K outside of Melbourne Australia. It’s a whole new way of life for us down here, we are so lucky to live in such a beautiful part of the world.I am currently a stay at home mum but in the past I have worked at Marks & Spencer, as a classroom assistant/teachers aid and have run my business.

As well as writing, I love to read and have been known to get through four or five books a week. My other interests are watching my boys play football…The round ball version.  I am happy to admit to being an addict of social media and I owe a lot to my Facebook and Twitter family in promoting my work. I am also rather partial to a glass… or bottle of wine, a nicely chilled Marlborough Sav Blanc being my favorite. Being a born and raised Essex girl, I will happily admit to be being a big fan of spray tans, Shellac and am regularly, waxed, tinted and sculpted, although I am more likely to be found in thongs/flipflops than a pair of white stilettos these days.

Enter our GIVEAWAY for your chance to win an eCopy of Carnage (#1, The Story of Us)

Love is like a snowflake; beautiful but fleeting in its presence…

I’ve been in love.
But I’ve also been lied to, betrayed by those closest to me and I’ve suffered loss.
Sadly it’s those last three things that stick with me the most.
The only real constants in my life are music, Angus my dog and Rhiannon; my guitar.
But things changed when she walked into my place of work.
All blue eyes, curves and a warmth that could melt even my hardened heart.
I was taken over by feelings that I didn’t expect so soon.
Guilt plagued me and I took my anger out on her.
On Mallory.
But I fell fast and hard and there was nothing I could do to stop it.
When she too became the victim of heartbreak I was the only one who
understood her pain but I was the last person she wanted help from.
Would I ever convince her that we could be friends?
And would I ever accept that she couldn’t love me back?
About Lisa J Hobman

About Lisa J Hobman Lisa is a happily married Mum of one with two crazy dogs. Originally from Yorkshire, England, Lisa now resides in Scotland – her favourite place in the world. Writing has always been something Lisa has enjoyed, although in the past it has centered on poetry and song lyrics.

The story in her debut novel had been building in her mind for a long while but until the relocation, she never had the time to put it down in black and white; working full time and studying swallowed up any spare time she had. Making the move north of the border to Scotland has given Lisa the opportunity to spread her wings and fulfill her dream.

Writing is now a deep passion and she has enjoyed every minute of working towards being published.