AVAILABLE ON AMAZON AND IN KU!
https://bookgoodies.com/a/B08TFF9YNC

Mistress Black Sheep, bring your tools,
Point your muzzle, for the world you’ll fool.
Keep your hands steady and watch your back.
Gather your sins using that deceitful tact.
Sew your stitches with your deadly sight—a show in the day, a contract with the night.

Holly Honey is one of the leading fashion designers in the world, but what no one knows is she has a side job and is anything but sweet. Her sharp eyes can take out her targets from a distance. Threading a needle is easy for her…no matter the tool. She has never questioned her jobs, until now when a familiar face appears on the other side of her scope. Why would anyone want Elijah gone? He’s probably the least dangerous person on the planet. Now, she has to save him and safeguard her heart at the same time. If anyone can design the perfect scheme, she can.

Welcome to Nursery Crimes, where tales are twisted and happily ever afters are not always guaranteed.

99 CENTS ON AMAZON
FREE IN KU
https://bookgoodies.com/a/B08TFF9YNC
ADD TO YOUR GOODREADS:
https://www.goodreads.com/book/show/56975880-designer-assassin

Twenty years ago, I was a different person. No, there was no tragic backstory. I still had both parents whom I couldn’t care less about, still had a little sister whom I loved and adored, and like all teenage girls, I’d had my heart broken a million times. There was no one thing that made me who I am. Or maybe there was?

At eleven, I’d been obsessed by our next-door neighbor. He lived in a grand house alone, in a neighborhood where that wasn’t done. Families, most of whom lived there for the prestige and bragging rights, surrounded him. It was a pretentious place just outside of Savannah, Georgia. Lawyers, doctors, heads of companies, old and new money all wanted the right to buy a house in that neighborhood. He was the oddball in a sea of weirdness.

Even as a young girl, I loved drawing. Bright and vibrant colors always made it into my drawings, and according to my parents, I was a little too colorful for them. They tried to tone me down. I’d rather wear a neon pink tutu than my school uniform any day of the week. Light dull blue with drab khaki and brown loafers ruled me five days a week, but the moment I got home, I was running up to my room, already untucking my shirt to change into something more me. They couldn’t make me gray or tan or whatever fucking color they were trying for. I was a rainbow of colors and would not be silenced.

My sister, Madison, wanted to please my parents and did everything they asked until she found out the world was bigger than our house. College awakened her.

Maybe that was why the neighbor caught my attention. Like me, he was different and didn’t fit into the societal norm for that neighborhood. He never had anyone come to visit, he remained a loner, and he did all of his own yard work, which properly scandalized my parents, who paid a premium for one of the best lawns on our street. Considering my father was the CEO of a Fortune 500 company and my mother was one of the most sought-after neurosurgeons, they could afford it.

I would peer through a hole in the fence that was hidden by some ivy and watch him. Sometimes, he would set up a target, walk away from it, turn around, and shoot. At the time, I wasn’t sure when or where he got the gun. It also had this long thing at the end and hardly ever made a sound. Of course, I never told my parents. No, I marched over to the neighbor’s house and demanded he teach me how to shoot. It took a little convincing, including blackmailing him with what I’d seen, but he eventually gave in. Honestly, I think he was just tired of me showing up at his house and making a fuss.

He became my best friend. Maybe, at one point, I might have had a small crush on him, but it didn’t last long. In some ways, he was more of a father to me than mine since my parents could hardly be bothered, and my nanny would rather gossip on the phone than watch me when my parents weren’t around. She was just there to collect a paycheck, same as the maid.

Les taught me how to aim and shoot a variety of weapons. He also taught me how to use a knife and hand-to-hand combat. The one and only time a boy refused to take no for an answer and grabbed my arm, he got a lesson in manners. Too bad it was at school, and my parents were called. No, it wasn’t Theodore’s fault. He was just teasing me. He didn’t mean anything by it. I was the one who got into trouble because I broke his arm and kneed him in the crotch. I wound up suspended for a week, had to write an apology letter to Theodore, and my parents grounded me. I wrote the letter under duress, and the grounding didn’t bother me because other than Les, I had no friends, and he was gone for two weeks on a “job.” I was sixteen and didn’t care about dates or dances, gossip gave me hives, and I thought most girls were insipid and stupid. 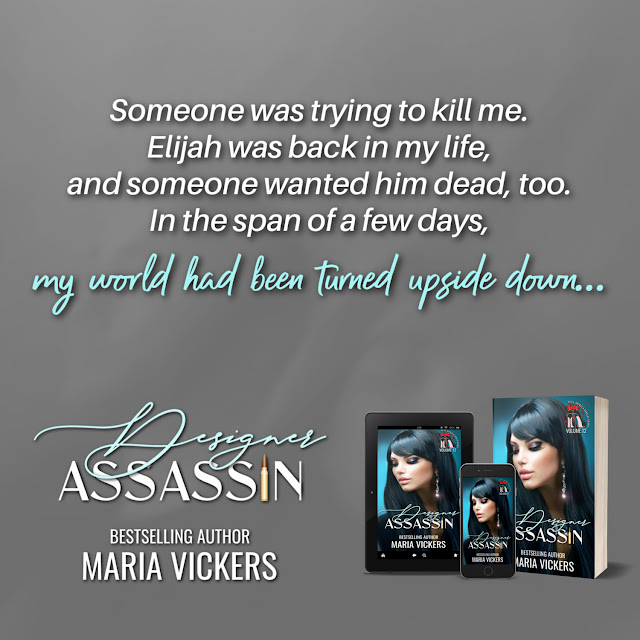 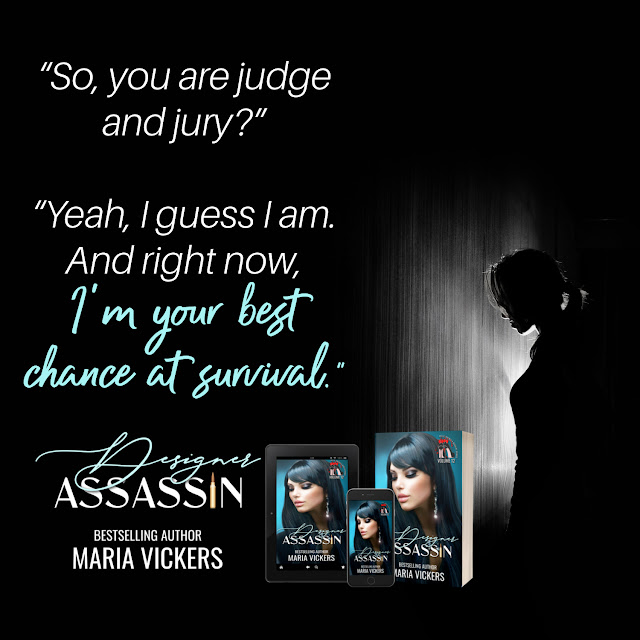 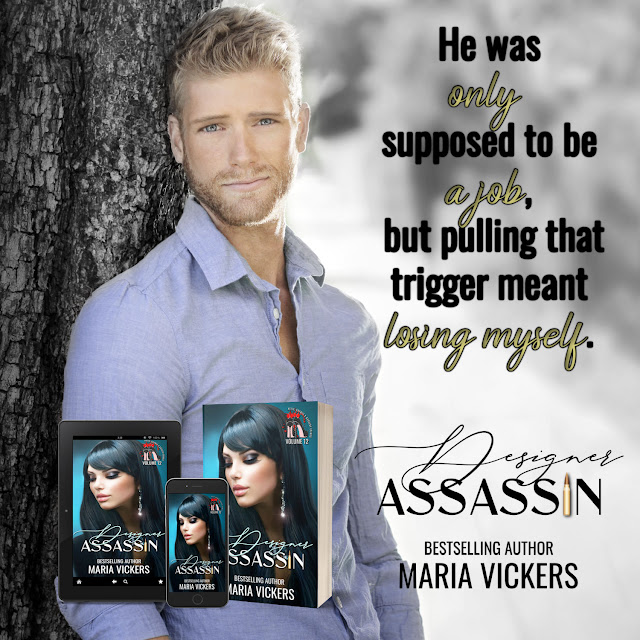 From a young age, she has always loved books and even dreamed of being an author when she was younger. Growing up in the Navy, she used to weave tales for her siblings and her friends about anything and everything. And when she wasn’t creating her own stories, she had a book in her hand. They transported her to another world. She hopes that her readers will have the same experience when reading her stories, and that, in some way, they can relate to her characters.

Getting sick changed her life forever, but it also opened doors for her that she thought would always be out of reach.