Genre: Contemporary Romantic Comedy
Release Date: March 15, 2021
BLURB
It was supposed to be just for kicks…
Andi Larsen learned early on there is no such thing as fairy godmothers. A childhood spent in foster care will do that to a girl. She’s working her way through night school and is on the cusp of establishing her own business without help from anyone, thank you very much. But when her deadbeat ex steals her identity, amassing a staggering debt in her name, her fairy godmother appears in the guise of a spunky, Fireball whisky-wielding septuagenarian. The older woman’s solution for Andi? Tie the knot with a kilt-wearing, moody jock whose legs look sexier in a skirt than hers do.
Declan Fletcher never intended to be a place-kicker for a professional football team. But fate had other plans. Exiled from his beloved Scotland a decade ago, Dex is now a superstar athlete known throughout the league as the “Man with the Million Dollar Leg.” But when a mix-up in his immigration paperwork threatens to send him home before the season begins, he’ll do anything to avoid deportation and facing his greatest mistake. Even if it means marrying a pink-haired waif of a lass with eyes that seem to see everything he’s determined to keep hidden.
A grumpy cat, nosy teammates, and a sizzling sexual attraction make their marriage of convenience anything but convenient.
ADD TO GOODREADS 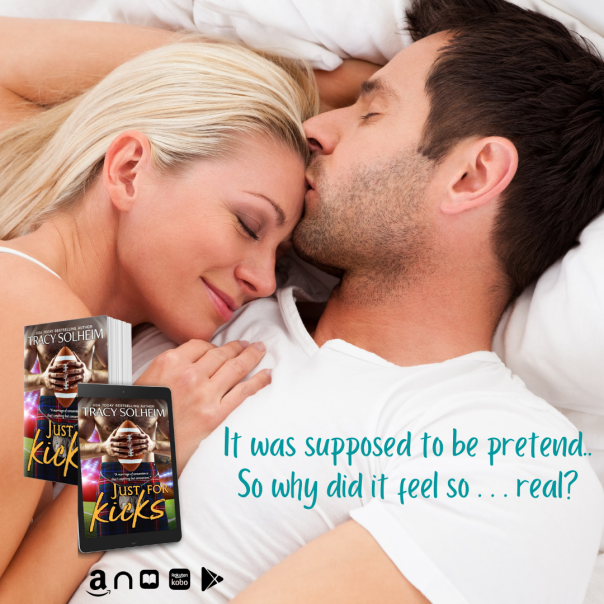 EXCERPT
“Give me a kiss for luck, lass,” he commanded, effectively cutting off her protest with both his words and his lips.
She didn’t have time to react. Not that she could if she wanted to. She was too stunned. Or too . . . something.
The moment his mouth met hers, a storm of sensations threatened to overwhelm her. The velvety firmness of his lips. The tangy whiskey on his breath. The sparks of awareness created by the brush of his fingers against her skin.
It was all too much.
And yet, not nearly enough.
Her body moved of its own accord, edging close enough that she couldn’t tell if it was her heart hammering against her chest or his. She failed to contain the sigh emanating from the back of her throat when his lips coaxed hers apart and his tongue delved into her mouth. The fingers at her nape tightened ever so slightly at the sound before he abruptly released her.
It took a long moment for awareness of her surroundings to return. The ping of the slot machines and the crackle of shuffling cards was followed by the hum of hundreds of conversations taking place within the casino. When she finally regained focus, Dex was still inhabiting the space in front of her, heat and something else unidentifiable radiating off him.
“Well done, lass,” he murmured.
Andi’s gaze snapped up to meet his. Her stomach sank at his amused expression. Damn it. He was playing a role. This whole evening was some sort of play for him. One where she didn’t know the lines. She was a fool to think it was anything more.
Taking a step back, she forced her lips up into a smile she didn’t feel. Declan Fletcher may be a better gamer than she was, but Andi was nothing if not a quick learner. She’d had to be. So she decided to play along.
Placing both hands on his chest, she stretched up on her toes and pressed her lips to the corner of his. “Try not to lose it all in one sitting,” she said loud enough for their audience to overhear.
With a pat to his magnificent pectoral muscles, she left him standing there mute, while she went in search of food. And a large glass of wine.

USA Today bestselling author Tracy Solheim writes books with shirtless men on the cover. Some of them are actually best-sellers. The books, not the men. When she’s not writing, she’s practicing her curling. . . bottles of wine, that is. She’s been known to cook dinner but no more than two nights in a row. Most days, she’d rather be reading, which to her is just necessary research. She lives in the suburbs of Atlanta with her husband and a neurotic Labrador retriever. Her two adult children visit but not often enough. (See the note above about cooking.) Check out her romantic suspense series featuring the Men of the Secret Service–shirtless, of course! See what she’s up to at www.tracysolheim.com
AUTHOR LINKS
WEBSITE
FACEBOOK
TWITTER
PINTEREST
GOODREADS
BOOKBUB
AMAZON 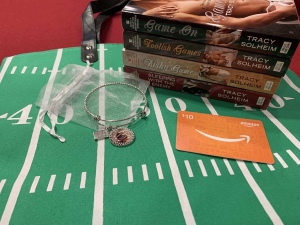