Title: Real Fake Love
Series: Copper Valley Fireballs #2
Author: Pippa Grant
Genre: Romantic Comedy
Release Date: September 3, 2020
Blurb
If people have polar opposites, Luca Rossi is mine.
His butt is in the baseball hall of fame. Mine’s comfortably seated in the hall of lame.
When he’s not snagging fly balls out in center field, he’s modeling in shampoo commercials. I once jammed my own finger while stirring
cookie dough, and sometimes I forget shampoo is a thing.
He’s a total cynic when it comes to love.
I make a living writing love stories.
But after my latest broken engagement (no, I don’t want to talk about how many times that’s happened), it’s clear he’s exactly the man I need.
If anyone can teach me to be the opposite of me, it’s him.
The first thing I want him to teach me?
How to not fall in love.
And as luck would have it, he’s in desperate need of a fake girlfriend to get a meddling grandmother off his back.
We couldn’t be more perfect together, because the last thing Luca Rossi will ever be is the next man to leave me at the altar.
Or will he?
Real Fake Love is a line drive straight to the heart featuring a grumpy athlete, a jilted bride, a fake relationship, and the world’s laziest cat. It stands alone and comes complete with sibling rivalry, the world’s most awkward shower scene, and a sweetly satisfying happily ever after.
ADD TO GOODREADS

Author Bio
Pippa Grant is a USA Today Bestselling author who writes romantic comedies that will make tears run down your leg. When she’s not reading, writing or sleeping, she’s being crowned employee of the month as a stay-at-home mom and housewife trying to prepare her adorable demon spawn to be productive members of society, all the while fantasizing about long walks on the beach with hot chocolate chip cookies.
Author Links
FACEBOOK
FACEBOOK GROUP
TWITTER
GOODREADS
BOOKBUB
WEBSITE
INSTAGRAM

NEW RELEASE – REVVED TO THE MAXX by Melanie Moreland

REVVED TO THE MAXX by Melanie Moreland is now LIVE!

Read for FREE with your Kindle Unlimited subscription! 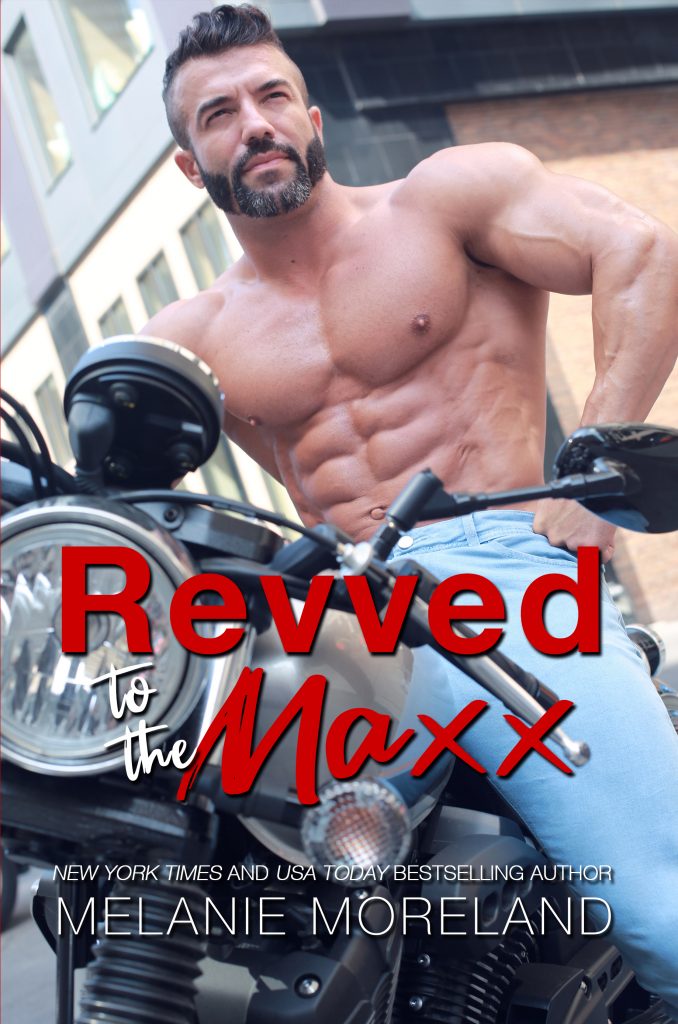 Maxx Reynolds needs help.
His shop, house, and life are all in a state of disarray.
In desperation, he turns to the internet to hire a new employee, thinking it will make his life easier.
What he expects is a fellow named Charly.
What he gets is a quirky, sassy, red-head name Charlynn who runs circles around him.
And she’s all woman.
He can’t stand her.
He can’t keep his hands off her either. 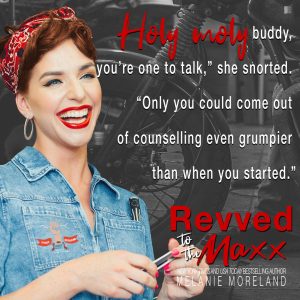 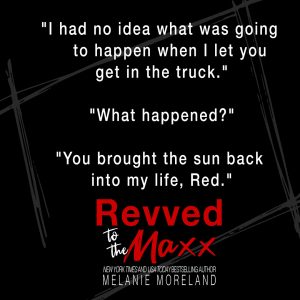 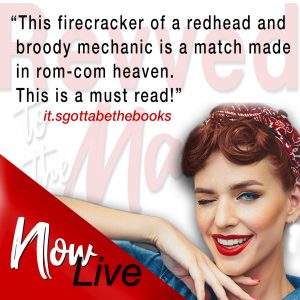 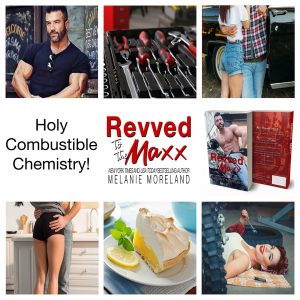 “You’re a pain in the ass, anyone ever tell you that?”
“You’re a controlling jerk who refuses to admit he needs help.”
We were so close, I could feel her warm breath on my face. See the flecks of gray in the green of her eyes. I glared at her.
“You’re trying my patience, Red.”
“You’re pissing me off,” she retorted, jabbing at my chest with her pointy finger.
I grabbed her hand, and we both stared at it. Felt the heat bubbling in the air around us. Our gazes locked, and suddenly, my mouth was on hers. Demanding. Hard. Determined.
She yanked back, her breathing hard. “You’re an asshole.”
“I know.”
Then she flung her arms around my neck and kissed me back. She pulled me hard, yanking on my hair. I wrapped my arm around her, settling my hand on that spectacular ass, and dragging her close. Our tongues battled for dominance, neither of us giving an inch.
It was only the sound of a car door slamming out front that had us pulling apart. We faced each other, her lips swollen from our passion, her rapid breathing matching mine. My cock was hard and erect, pulsating with need.
She swallowed. “I’ll order that wipe-off board.”
I nodded. “Yeah, you do that.”
She turned and fled.

“You like older men, Red?”
Another small victory
Growly, snappy, terse – that was him 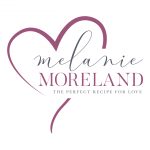 New York Times/USA Today bestselling author Melanie Moreland, lives a happy and content life in a quiet area of Ontario with her beloved husband of twenty-seven-plus years and their rescue cat, Amber. Nothing means more to her than her friends and family, and she cherishes every moment spent with them.
While seriously addicted to coffee, and highly challenged with all things computer-related and technical, she relishes baking, cooking, and trying new recipes for people to sample. She loves to throw dinner parties, and also enjoys traveling, here and abroad, but finds coming home is always the best part of any trip.
Melanie loves stories, especially paired with a good wine, and enjoys skydiving (free falling over a fleck of dust) extreme snowboarding (falling down stairs) and piloting her own helicopter (tripping over her own feet.) She’s learned happily ever afters, even bumpy ones, are all in how you tell the story. 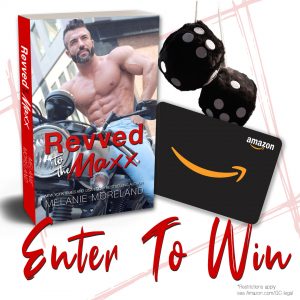 Fate has it in for me.
She’s sent me a human vet to stay in the bunkhouse. With me.
I might not have the wolf scent, but I have the hearing.
I learn she’s a virgin. I offer her two weeks.
Two weeks where I’ll show her a large animal. One she can’t resist.
Or at least one who can’t resist her.
I’ll prove she doesn’t know everything about four-legged beasts.
Especially not the fiercest ones who stalk their prey in the night.
Especially not one determined to prey on her.
Me.

Vanessa Vale is the USA Today bestselling author of sexy romance novels, including her popular Bridgewater historical romance series and hot contemporary romances. With over one million books sold, Vanessa writes about unapologetic bad boys who don’t just fall in love, they fall hard. Her books are available worldwide in multiple languages in e-book, print, audio and even as an online game. When she’s not writing, Vanessa savors the insanity of raising two boys and figuring out how many meals she can make with a pressure cooker. While she’s not as skilled at social media as her kids, she loves to interact with readers.