“Cole is a genius at weaving together heart-racing, suspenseful moments with scorching intimacy and real characters.” — USA Today

One of Book Riot’s “9 Not-To-Be-Missed Romances Hitting the Shelves this Summer!

“The balance between a budding romantic relationship and a dark, dangerous case filled with suspense made my night very short.”
—(un)Conventional Bookviews.

ARE THEY IN TOO DEEP?

Ex-Navy SEAL Cabe Moss always comes when called to duty—at all costs. Even though the death of his fiancée nearly destroyed him, Cabe won’t let his past interfere with any work that has to get done. When his latest task pushes him to team up with FBI operative Amy Murray, a fierce beauty with the undercover skills to match, Cabe must admit that, for the first time in years, he wants to do more than just complete their mission together…

Amy was born ready for this assignment, but working side-by-side with the the strong, silent, and frustratingly professional Cabe seems to be the biggest challenge of all. But when the sparks begin to fly—and the stakes rise to dangerous heights—the only thing Amy is left worrying about is how she can resist him. Their lives may be in danger, but their hearts hold the biggest risk of all…

Find out more at:

Amy’s stomach dropped, and her head spun. Despite everything, her heart betrayed her and skipped a beat at the sight of him. It was understandable. Her memory of him had not even begun to do him justice. He wore a navy blue suit tailored to his swimmer’s frame. The jacket hung open, fitting snuggly over his wide shoulders. A pale blue shirt stretched perfectly across his trim torso. She’d bet dollars to donuts that there was one of those hugely attractive six-packs beneath the soft-looking cotton.

She watched him greet one of the analysts assigned to the project, his back now to her. Damn, that butt.

Which she shouldn’t be studying. Because the guy was a jerk. There was no other word for him.

He was joined by the men she’d seen him sitting with in the bar. One was tall, like a Nordic Viking. The other one was equally built, with chestnut hair and a broad grin. They had an easy confidence. It irked her.

Cunningham had joined Cabe and was shaking his hand. Her stomach sank even further as she realized what he was about to do. Yup, there it was. He lifted his hand in her direction, and Cabe’s eyes met hers.

A body-language expert would get absolutely zero from him.

No telltale lines of concern between his brows, no curl of a smile in recognition. No Oh my god I am so freaking sorry for being a jerk and leaving you standing alone at the bar in front of a room full of people.

As hard as she focused on keeping her gaze equally neutral, she knew she was failing. If her cheeks felt hot—and by her guess were likely a little pinker than normal—there was nothing she could do to control it. Her breathing was a little more erratic than normal. But she took a deep breath as Cabe walked toward her.

“Cabe Moss,” he said calmly, offering her his hand. “Eagle Securities.” His tone was even, not a hint of recognition. Had she been that bland, that uninteresting that he couldn’t even remember her? Amy tried to clear the thought. If he truly didn’t remember her, it was a good thing. It would make working with him even easier.

“Agent Amy Murray.” She reached for his hand, and memories of shaking it in the bar crashed through her. It was just as warm as she’d remembered, and large, his handshake firm and confident.

Not even a freaking blink from him. Or a wink. Or an extra squeeze of the hand. No, he just let go of her hand after a completely appropriate length of time.

Enter to win A Signed Paperback Set of the Love Over Duty Series!

Want to start from the beginning? UNDER FIRE, the first book in the LOVE OVER DUTY series is on sale now!
Get the first installment in this romantic suspense standalone series for only $1.99.
This is a limited time sale, so don’t wait! Grab your copy today!

Fall for the missing Ward sister…

Juliette Collins is privileged and isolated from the world by her over-protective father. She thinks she knows the truth about her history until a file in her father’s safe reveals she has sisters she never knew about. A family she’s never met. Betrayed, she realizes there’s a life waiting for her outside the walls of her daddy’s New York City penthouse and Juliet is determined to live it. Against her father’s wishes, she heads to a small beach community to meet her siblings… and finds herself way out of her depth instead.

In the personal protection business, Braden Clark thinks nothing of taking on a job to watch over a city girl in town for the summer. If her father wants to know his daughter is safe, it’s no problem and an easy way of earning a paycheck. Except Braden doesn’t count on falling for the sheltered Juliette. Watching her experience her firsts, getting an apartment, finding a job, meeting up with her lost sisters, soon Braden’s brand of protection becomes a little too personal. He’s mixing business with pleasure and lying to a woman he’s coming to care deeply about.

Sexual attraction burns bright between them and Braden is by her side as she finds herself, her family, and what it means to love… but what happens when she discovers his secret? That he’s been paid to watch over her all along?

“What are you doing?” The first hint of true panic since he’d been found out sliced into her father’s voice.

He rushed over, placing a hand on her suitcase. “Juliette, no. We can work this out. I want to make this right.”

“You can’t.” The damage was done by withholding information about her family.

“Be reasonable before you storm out. You’ve never been away from home alone. Never held a job. What are your plans?”

“And whose fault is that? You’ve kept me dependent on you, but now it’s time for me to be an adult. To meet my sisters and live my own life.” She closed her suitcase and zipped it around before turning to face him. “I can promise you, I will be perfectly fine.”

“I only ever had your best interest at heart. You have to know that.” He stepped back, a defeated expression on his face. “Would you consider taking a bodyguard?” he asked. “Someone to watch you from afar?”

She snorted at that. “No. I’m an adult and it’s time you started treating me like one. I’m taking the summer for myself. I’ll decide what happens at the end of August. Until then, please respect my privacy.”

He hesitated, then perhaps seeing the determination in her expression, hearing the certainty about her decision in her voice, he lifted a hand and stepped back. “Fine. I’ll expect to hear from you. Often.”

She shook her head. “Sorry, Dad. You’re not telling me what to do anymore.” She hesitated, knowing he had a bad heart and not wanting to upset him more despite how hurt and angry she was. “I know you love me,” she said, voice softening. “And I love you, but it’s way past time for me to be on my own.”

She narrowed her gaze, surprised at his capitulation. She’d expected him to turn his chilly anger on her, but he was letting her go without too much of an argument.

Relief and excitement filled her soul. She was going to meet her family, experience everything she’d missed out on, and finally, live her own life.

For herself and nobody else. 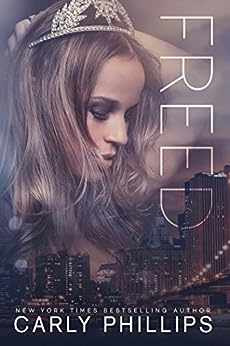 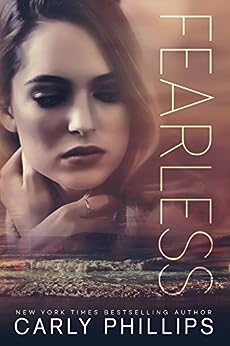 She is happily married to her college sweetheart, the mother of two nearly adult daughters and three crazy dogs.

Carly loves social media and is always around to interact with her readers.