NEW RELEASE PROMO ~ If You Were Mine by Jenika Snow 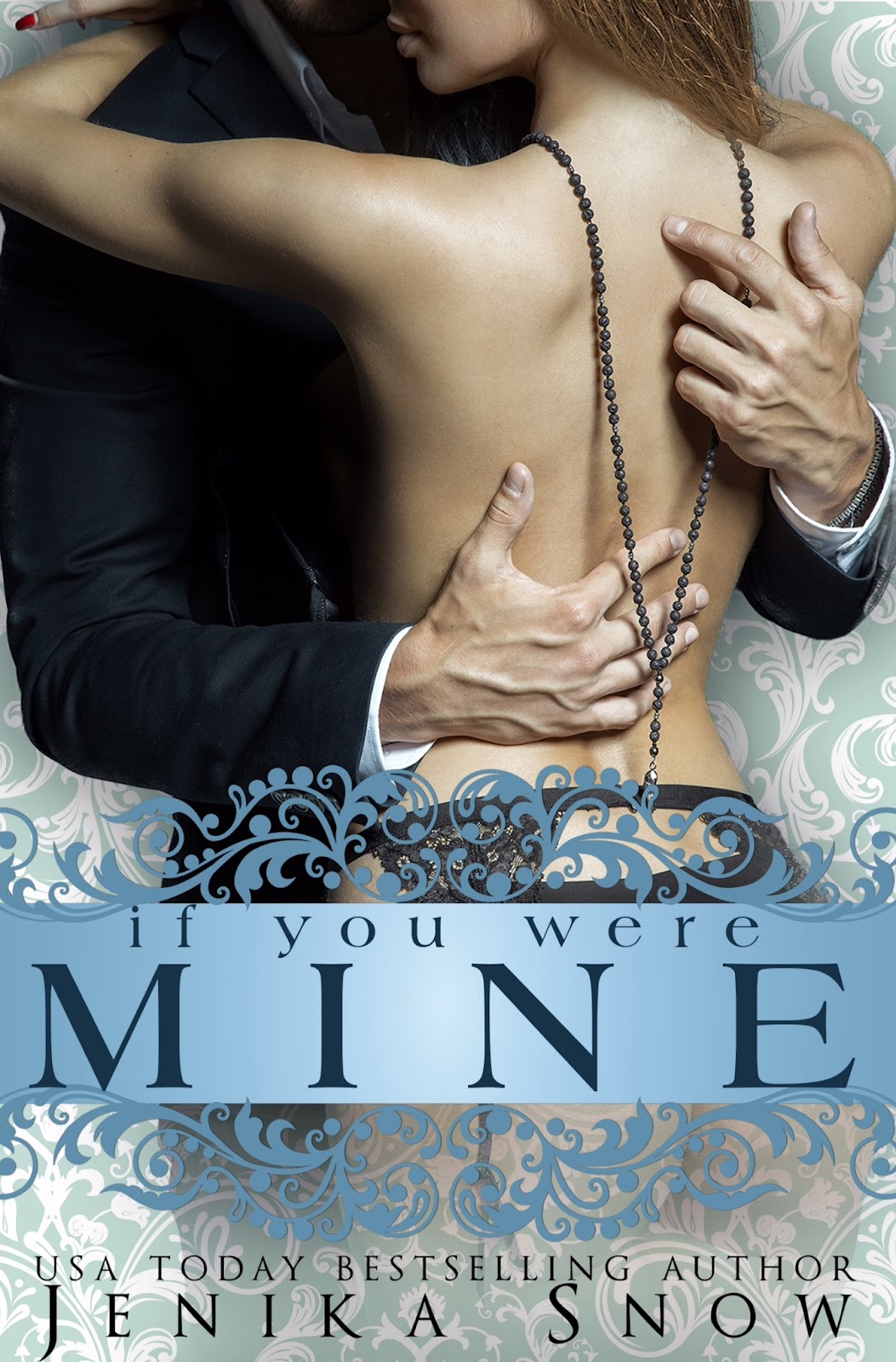 DaisyI was just a servant to the royal family, a no one in the grand scheme of things. But my heart belonged to Prince Lennon, the somewhat “black sheep” of the family. I didn’t care what others said, or how his reputation for being less than caring about tradition followed him.I saw the same emptiness in him as I had in myself. I wanted to ease him, let him know that we were meant to be together.But I would never be seen as anything more than the help.One day I’d have the nerve to admit how I felt, even if it blew up in my face.Prince LennonShe thought I didn’t notice her, that she was just a royal servant.She was wrong.I didn’t care if it was frowned upon, royalty mixing with a commoner. I didn’t care what the tabloids or my family might say. I wanted Daisy more than I’d ever wanted anything or anyone before.Just being in her presence made the loneliness in me lessen, made me want more than the jewels and riches that surrounded me. Being with Daisy would complete me, and I’d have her.I just needed to make her see we belonged together.
Warning: This was previously published in the Royally Mine anthology. If you want a short and sugary (but still oh-so-dirty) story, buckle up, because this one packs a punch. It hits you right where it counts (wink-wink) and doesn’t let up until you get to the Happily Ever After at the end.

DaisyPrick.Arrogant.Asshole.All of those things and more had been said about Lennon, Prince of Hemingway Court, and second in line for the throne. But I knew him, saw him daily… waited on him.Behind those blue eyes was a man who was lonely, a man who was missing something in his life. I didn’t know what that was, but I wanted to help him, wanted to tell him he could talk to me.I just wanted him.I had a feeling he acted the way he did because he was pushing people away, because he was hurting inside and didn’t know how to deal with it.I saw it happen with my father before he left us.But I just was just the help, a servant to the Royal Family. I served him food, cleaned his room, and knew that nothing would ever come of being with him. I’d always wanted him, but I knew I could never have him.It was my bittersweet reality.A commoner could never catch the eye of a prince. I was content with that, or at least I pretended to be.I grabbed the silver tray that held his breakfast and headed toward his room. I passed other servants, even the Duke and Duchess of Alansworth, who were here for a visit, and saw Princess Carolyn just barely slipping into her room for the “night.”My heart thundered and my hands shook. I curled my fingers tighter, harder into the silver tray, willing myself to be calm. I needed to at least appear that way, even if I didn’t feel it on the inside.But being in Prince Lennon’s presence always made me feel unsteady, always had my emotions rising to the top.I stopped in front of his bedroom door, feeling like my heart was going to burst through my chest. You’d think after being a royal servant for so many years I would have been able to control myself. But the truth was I couldn’t, not when it concerned Prince Lennon.I lifted my hand to give three sharp knocks before entering, but I stopped with my hand mid-air when I heard him shouting to someone on the other side of the door.“I told you that’s not who I am. I don’t care what the tabloids say, and I don’t give a fuck what anybody thinks.”I brought my knuckles down on the door, three sharp taps, before gripping the handle and pushing it open. I immediately saw Lennon sitting on the edge of his massive bed, hi cell phone on his lap, his hands tunneled into his short dark hair. His attention was on the ground, his jaw set tight.I left the door open as I came in, not speaking to him because I knew my place.I didn’t make eye contact either. “Good morning, Prince Lennon.” I set the tray down on the table off to the side, gave a slight bow, and turned to leave.“Daisy?”My entire body stilled, the blood rushing through my veins, pumping harder, faster. I turned around, keeping my hands behind my back, my posture stiff.“Your highness?” My throat was dry, tight.For long seconds he didn’t say anything, just stared at me, watching me with this stoic expression. It made my heart beat erratically. I wanted to go to him, just wanted to admit how I felt, how I had felt for so long.Know your place.“Thank you,” he said, his voice low, deep.He kept staring at me, his blue eyes intent, knowing almost. I felt this chill race down my spine, and my entire body reacted just from that look.“You’re welcome, Your Highness.” I forced myself to turn away, to leave the room, but I wanted to stay there. I wanted to have him keep looking at me, keep making me feel like I was special. My thinking was irrational, but it was unavoidable.I’d felt this way for years, and even if I was only twenty-two years old and a servant, the only thing I wanted was Lennon.But that was a fantasy, and I needed to realize that my reality was far less glamorous.