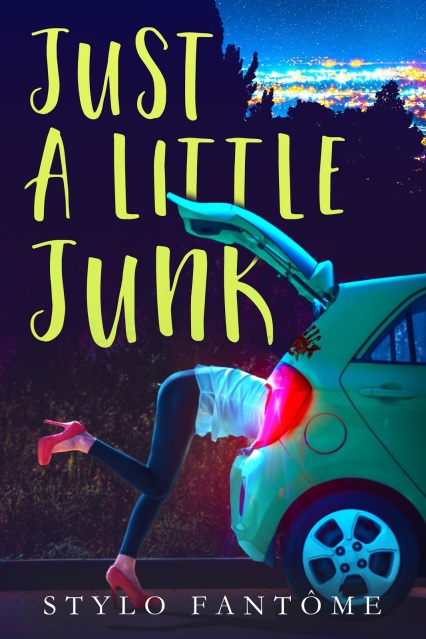 Blurb
Jodi Morgan is having a bad weekend. After partying a little too hard, she wakes up with a monster hangover and almost no recollection of the night before. So imagine her surprise when she looks in her trunk and instead of finding a spare tire, she finds the last guy she’d danced with before blacking out.
Who is he? How did he get in there? How did he die? And oh dear lord, did she kill him!?
When her older brother’s best friend offers to help, things start looking up. They’ve known each other since she was thirteen, and ten years later, he still treats her like a little kid – surely, committing felonies has to trigger some sort of spark. Together, they wind up going on an adventure that takes them all over Los Angeles. From raves to penthouses to strip clubs. All in the search for the answer to her question.
Who is the dead guy in my trunk!? 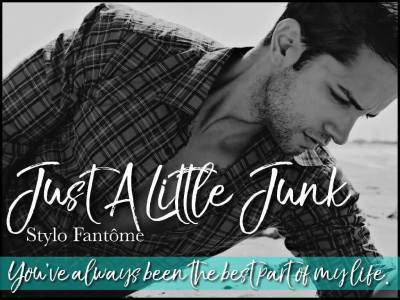 I swear…. Stylo Fantome has one of the best writing styles – I’d love to see just what goes on in her brain at any given moment during her writing process!!!

A really fantastic read with some twists and turns, I’m not gonna say much more than that except READ THIS BOOK!!
Honestly, you’ll be glad you did!

Crazy woman living in an undisclosed location in Alaska (where the need for a creative mind is a necessity!), I have been writing since … forever? Yeah, that sounds about right. I have been told that I remind people of Lucille Ball – I also see shades of Jennifer Saunders, and Denis Leary. So basically, I laugh a lot, I’m clumsy a lot, and I say the F-word A LOT.I like dogs more than I like most people, and I don’t trust anyone who doesn’t drink. No, I do not live in an igloo, and no, the sun does not set for six months out of the year, there’s your Alaska lesson for the day. I have mermaid hair – both a curse and a blessing – and most of the time I talk so fast, even I can’t understand me. 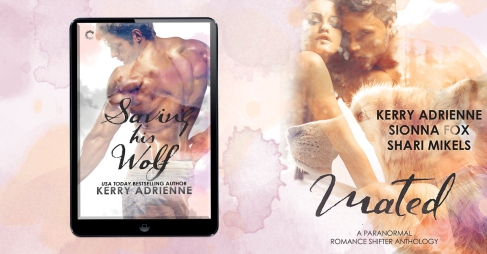 USA Today bestselling author Kerry Adrienne’s exciting novella in the Shifter Wars series about a woman who is seeking her fate and a man determined to help her discover her true nature.

Olivia, born blind and without the ability to shift, yearns to seek her own fate away from her watchful and devoted wolf pack. Vulnerable and stuck in human form, she’s alone and at risk in the forest’s brutal winter when she’s rescued by a park ranger and taken to his cabin in Deep Creek. By the warmth of a crackling fire, she’s comforted by his presence. But it’s his rugged scent that stirs something in her she’s never felt before.

Bear shifter Powell sensed the instant he held her that Olivia was his mate. He also knew she had the untapped powers to discover her true shifting nature—if only he could convince her to trust in him, and to believe in herself. Now the one thing that stands to threaten their healing mating hunger is Olivia’s distrusting and vigilant pack. A pack prepared to do anything to get her back.

But there is no danger as strong, no desire so liberating as what Powell is bringing out in her—because Olivia can finally see where her destiny lies.

Read an excerpt from SAVING HIS WOLF:

The snow had picked up, and it bit into her face as it fell faster and the wind whipped it against her. She imagined the flakes as little spears swirling in puffs of air then attacking her bare skin. She had to move before she froze. Willing her legs to move, she lifted them one by one, her injured ankle sending aftershocks of pain up her leg to her thigh.

She sat up, feeling the ground around her body with her hands. Her wet gloves stuck to her palms, and she mashed her fingertips against the ground, trying to figure out where the ground ended and a cliff began.

One wrong move and she could fall to her death. She pulled her hood around her face, the faux fur trim tickling her cheek. The flush of adrenaline was wearing off and the shakes set in.

Do or die moment.

She slid to the right, dragging her bum ankle, which had numbed to a hard block of flesh. Feeling the solid ground again, she inched a bit more. A few more times, and sweat had formed on her back, though she still shook from the chill of wet clothes and falling snow. She tugged her scarf tighter, trying to keep her neck protected from the elements.

Hope I’m going in the right direction. If she could get to the embankment she had tumbled down, she could figure out how to climb it. Moving incrementally, she continued to slide toward what she hoped was the hill. The wind whistled as it swept around the cliffs and through the trees.

The wolves had gone silent.

Her wet pants, soaked through from sitting in the snow, began to stiffen. Warmth filled her legs and she closed her eyes.

The darkness was blacker than usual. She yawned.

She breathed deeply, scenting the pine amongst the snow. Always a peaceful scent, and one that reminded her of her mother. If she were alive, she’d never have allowed Alfred to lay claim on Olivia. She’d have fought him herself if she had to.

The shivers and shakes were continuous but she ignored them. The embankment had to be close.

She touched the incline. Steep at the bottom, it would take a lot of energy to haul herself up. And she was exhausted.

It’s not so cold any more.

Was that a wolf howl? Or a bird call? She leaned against the bank and listened to the muted sounds in the snowy forest. The air had warmed. When had it gotten so warm? She could take a little nap before trying to climb the embankment.

The crunch of heavy footsteps sounded, and Olivia struggled to stay awake, her heart picking up speed at the thought of Alfred.

“You there. What are you doing out here in this blizzard? And all alone at that?”

The voice, a man’s, was commanding and firm.

“My ankle,” she whispered.

His voice melted over her like warm honey, and she waited to hear him speak again. She could listen to him forever…she took a long deep breath and the world silenced.

The voice jerked her back into wakefulness. No longer cold, she couldn’t remember why she’d even worried.

A woman born blind and without the ability to shift yearns to seek her own fate away from her watchful, devoted wolf pack. Vulnerable and stuck in human form, she’s alone and at risk when she’s rescued by the bear shifter who is her destiny.

An accident forces a man to change the best friend he’s loved for years…or leave her for dead. There’s no reason to hide his true self anymore—but can she ever forgive him?

And a pack alpha finds that rescuing his fated mate from a violent confrontation with two wolf shifters is easy. Helping her move from fear to acceptance of the animals—and him—is a challenge.

Other Books in the Shifter Wars By Kerry Adrienne: 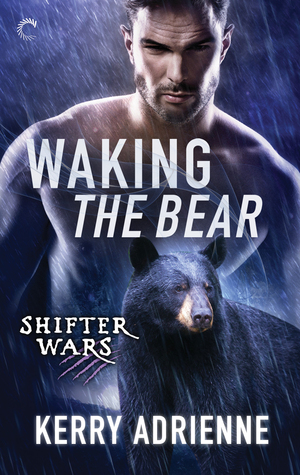 Sexy shifter passion is awakened when two unlikely lovers are challenged by secrets, danger and an unstoppable need to claim one’s mate…

For human Amy Francis, the secluded cabin in Deep Creek is the haven she needs to map out a fresh new start. She never expected her heart to be reawakened by a distraction like Griff Martin, commanding yet gentle, too ferociously sensual to ignore. It’s clear that patrolling the forest is more than a job to Griff—it’s a means of survival. But what Amy doesn’t realize is she’s reawakened the beast within him.

Griff’s dormant hunger is stirred by this intoxicating woman…and threatened by the secret she must never learn. Duty-bound to defend his bear clan against an avenging pride of lion shifters, Griff’s entire world is upended when he meets Amy. His animal need to claim his mate has taken hold, but that very desire could seal her fate as an unwitting pawn in battle.

Now, as a shifter war looms, Griff must decide between letting Amy go or following his most carnal instincts. To have her would change his life…but risk everything he knows and was born to protect. 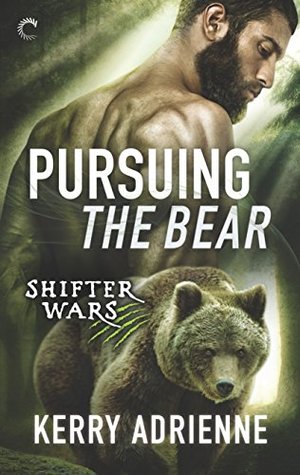 Professor Bria Lane has known this since she was a child.  Now she’s returned to he forests of Deep Creek to prove it to the worlds.  She has no idea how close she is to that proof in ruggedly sexy park ranger Derek Poole.  Intimately close. But uncovering Derek’s wild side comes with a shattering price.

Like a magnet meeting metal, Derek is drawn to Bria.  His destiny. His mate. So beautiful and so vulnerable. So dangerous, too: an encroachment of lions, vengeful and vicious, is closing in and they’re ready for war.  Now is not the time to be distracted like a lovesick cub.

If Bria reveals the truth of the Deep Creek shifters to the world, she’ll bring out the worst of both sides.  But Derek can’t hide his secrets from the love of his life forever.  He knows they’re playing with fire – and that when passion runs this hot, this reckless, someone’s bound to get burned.

In addition to being an author, she’s a college instructor, artist, costumer, editor, and bad guitar player.