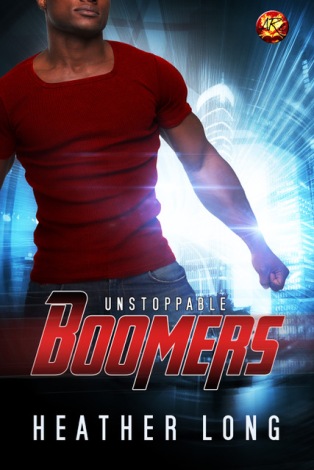 Follow the blitz for your chance to enter the giveaway!
Five winners will get: one eCopy of THE JUDAS CONTACT, Boomers #1!

Mom with a Reading Problem Review

Small Girl, Her Man and Her Books  Spotlight + Excerpt 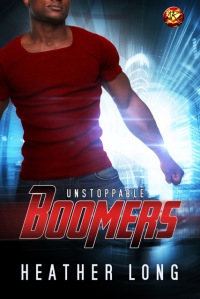 A private contractor with military experience, retired Army Lieutenant Joss Archer took a job where she thought she could make a difference.  In her world, superheroes wear dog tags, not capes.  Dedicated to the principles of defending her nation and loyal to a fault, she is ready to resist any manipulation when she’s captured by what she believes are bio-enhanced mercenaries.  The more she learns who her bosses are working for, the more she realizes she may be on the wrong side of this war…

A man on a mission, Tank has never questioned their goals in traveling through time to prevent the horrible world he and the other Boomers grew up in from ever coming to pass…until now.  His fellow Boomers are pairing off, but worse, they are making emotional decisions regarding their mates’ safety over and above the mission.  Betrayed, now the Boomers are missing two of their own, stuck tending to a violently wounded hero who hates them all, and Tank has to not only protect his Captain’s lady, but he has to break the soldier they captured to find out where his people are…

Read an excerpt from DEADLY GENESIS:

The fire escape entry into the apartment would be better. It was near midnight before he made his move. The building had gone quiet, the faintest hum of the television volumes reduced so as not to wake those going to sleep. Rising, he stretched carefully and ignored the protest his muscles made after prolonged stillness.

Training kept his steps light as he slipped over the edge of the roof and descended the fire escape ladder to the first level. The rickety metal wasn’t the best for disguising his presence, but he made nary a rattle. After utilizing a small laser to free a pane of glass, he reached in and unlocked her window.

Entry brought him into her living room. The television was on, sending flickering light to dance shadows across the room, but the sound was off. Drake went still the moment he entered. He traded the laser in his palm for a small auto-injector loaded with a fairly strong narcotic. It would knock her out and allow him to remove her without a struggle.

Joss Archer won the lottery based on her rigid adherence to protocol and her decision to live off campus. The profile he’d studied on her indicated a straight shooter, honorable to a fault, and well trained. Numerous commendations decorated her military file. No movement disturbed the darkness of the apartment, and the show on the television looked like some kind of drama. Ignoring it, he scanned the layout of the apartment. It was a two bedroom, with a large living room and a kitchen attached.

He made it as far as the sofa before he sensed the trap. Not enough time to react or do much more than brace himself as two prongs slammed into his chest followed by a few thousand volts.

Electricity scorched his system, but Drake withstood the onslaught. Bowing his head, he fought to relax his muscles as they clenched with every jolt zinging through him. His adversary rose, her hand on the Taser control as another series of shocks ripped through him.

The fierce look on Joss’s face drained away as shock filled her eyes. Drake gritted his teeth at the surge in voltage before the device shorted out and the energized assault ceased. Though his overloaded nervous system continued to fire and his heart raced on its own personal marathon, Drake’s spiking adrenaline flooded his system and counteracted most of the effects.

“You done?” It came out far more menacing than he intended, but at the moment, she was lucky he needed her alive and had a personal objection to harming fellow soldiers or he would put her ass through that damn wall. The fucking Taser hurt.

Even as she straightened, the dumbfounded surprise melted from her expression to be replaced by cool competence. If he hadn’t already been struggling with the agony she’d inflicted, he would have admired her. “I was trying to do it the easy way.” Dropping the Taser, she drew out a Beretta M9.

Drake didn’t give her time to draw bead on him. The intent to shoot him reflected clearly in her expression. The dance of shadows from the television provided his only cover, so he didn’t bother. Charging her, he tried to control the force at which he struck her. The gun went off, and the bullet burned a scrape along his biceps.

The soldier bounced off him and hit the wall. A faint crack accompanied her impact and she slumped. Not trusting her compliance, he zip tied her wrists then her feet. Next, he field stripped the Beretta and tossed the parts into different potted plants throughout the apartment. Ripping off a part of his shirt, he tied it around the wound on his arm before he began a systematic sweep.

Identifying two electronic devices, he disabled them and then used a magnetic device in his pouch to wipe her computer and the backup server in her closet. It took him just under six minutes to complete the sweep and prepare her for extraction. Sirens closing in on the block warned him he’d overstayed his welcome.

Slinging the woman over his shoulder, he exited via the fire escape and ascended to the roof. Lights had come on in the apartment below, and he heard a woman’s frantic voice on the phone… “Only one shot. Yes, sir, I’m still here. Yes, I hear the sirens…no there were no other sounds.”

The smoking mother had heard the gunshot. His biceps burned as if sharing the memory. His left hand gave a jerk, and he damn near dropped his cargo. The electricity jolting in his system still seemed intent on scrambling his neurons.

Thank God Ilsa deactivated their chips or his might have been burning a hole through his cerebrum. He crossed several buildings, traveling two blocks from her place before descending to where Garrett waited with the van. The poisoner gave him a bland look when he dropped Joss into the rear and wrapped her into a rug. He spared one minute to check her pupillary response and her pulse before giving her the injection.

“You do realize you were supposed to give her that before you carried her here?” Amusement peppered the other Boomer’s words.

“No comment.” Closing the door, he took a seat next to the prone woman. “Drive.”

Other Books in the Boomers Series: 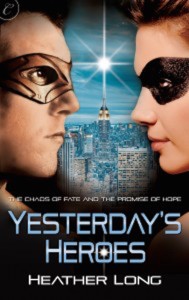 Rory knows she’s being watched, and she’s not about to let the hunter catch her in his trap.  She’ll confront her stalker, a man she suspects is involved in the disappearances of other superheroes – if she can ignore the sensual heat that fills her every time he’s near…

One of five desperate men sent back in time to save the future, Michael believes eliminating Rory is the key to his mission.  But even as he takes aim, a split second of doubt causes him to miss his shot.

Drawn together by passion, and on a collision course with fate, can Rory and Michael work together to change the future?  Or have they set in motion the horrific history the time-travelers are trying to prevent?

Prequel is available at Amazon | Barnes & Noble | Kobo | iTunes | ARe

On the cutting edge of neuroscience, Ilsa is developing microchips that can be inserted into the brain and deliver information. The applications are endless, but her current goal is just to get dogs to return to their owners should they ‘become lost.’ When her college roommate turns up asking for lunch, she’s hardly prepared for the chaos that ensues or the revelation her chip changed the world and the lives of five heroes from the future. And now they need her help…

Abilities: toxins, poisons and assassination, he can kill with a touch

One of five desperate men sent back in time to save the future, Garrett volunteers to be the doctor’s guinea pig as she studies their neuro-chips. It’s not his first time being a lab rat. In close quarters, the unthinkable happens, an attraction that could kill Ilsa. Drawn together by science, and on the fast track to destiny, Ilsa must prove to Garrett he isn’t toxic to everything and save his team from their chips before they can end them…

Heroes come in all shapes and sizes. An alliance with Halo has given their leader a taste of hope. For these five lonely soldiers, the single emotion may prove their most dangerous threat.

Kidnapped and experimented on by R.E.X. labs, Amanda’s memories are foggy. She can’t recognize friend from foe and she strikes out with everything she has. Only one man penetrates the storms surging in her mind, a soothing stranger with hypnotic eyes…

Codename: Soothsayer
Abilities: telepath
Mission: save Corkscrew or terminate her

Cautious, methodical Simon has always been careful to keep his innermost self, contained. Simon must confront his fears—and his deepest secrets—to help the powerful mutant rein in her abilities in.

With new enemies closing in and dark revelations unfolding, the Boomers face their greatest challenge yet and the deeper into her psyche Simon pushes, the more her madness threatens them all…

Winning never felt so much like losing. The team has recovered Corkscrew, but she is lost to insanity. Simon, the most cautious of them all, must risk everything to bring her back from the brink, but losing this gambit could cost them Simon as well.

National bestselling author, Heather Long, likes long walks in the park, science fiction, superheroes, Marines, and men who aren’t douche bags. Her books are filled with heroes and heroines tangled in romance as hot as Texas summertime. From paranormal historical westerns to contemporary military romance, Heather might switch genres, but one thing is true in all of her stories—her characters drive the books. When she’s not wrangling her menagerie of animals, she devotes her time to family and friends she considers family. She believes if you like your heroes so real you could lick the grit off their chest, and your heroines so likable, you’re sure you’ve been friends with women just like them, you’ll enjoy her worlds as much as she does.