RELEASE BLITZ ~ A Sure Thing (The Donnigans #1) by Marie Harte 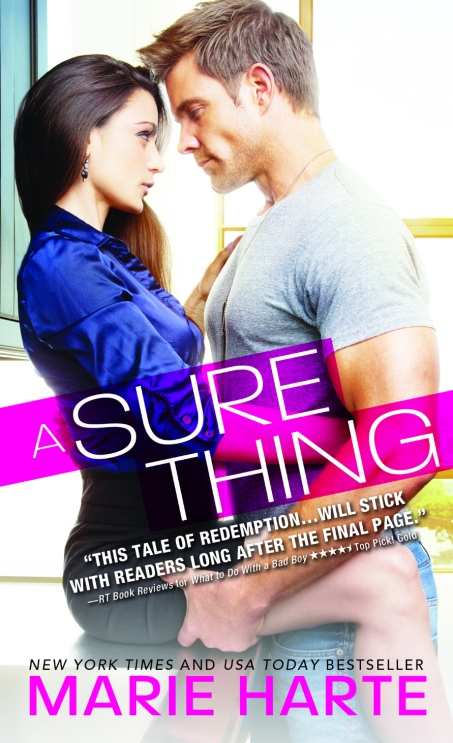 Title: A Sure Thing
Series: The Donnigans #1

Blurb
“A blazing hot, emotionally intense love story launches a new series from an author on the rise.” Kirkus for A SURE THINGPraise for Marie Harte’s McCauley Brothers series:  “Funny, addicting, and full of hot sex scenes.” – BooklistMeet the Donnigans
With the eldest Donnigan brothers adjusting to civilian life, their younger sister constantly in trouble, and their little brother clueless about life in general, falling in love is the last thing on anyone’s mind…

Can this Bossy Badass Marine…
The Marine Corps was everything Landon Donnigan ever wanted in life…until a bullet sent him home with a medical discharge. Teaching a self-defense class at the gym is old-hat for a marine, but when he meets sexy Ava Rosenthal, his combat skills are useless for protecting his heart.

Be her Mr. Right?
Ava can take care of herself and likes quiet, bookish men-not muscular warriors who think women need to be coddled. But Landon is more than he seems, and when they come together, the results are explosive.

“Can I kiss you goodnight?” Charles asked. A gentleman to his bones.

“Please.” She met his kiss on her cheek and blushed. “I look forward to our dinner.”

“Me too.” He looked flushed and brushed back a strand of hair that slipped over his forehead.

“I’m parked right next to yours.” Which sat directly out front thanks to the timely departure of two couples earlier. “But I need to use the facilities before I leave. Go on without me. I’ll call you later in the week.”

He nodded “Sounds great. Have a good day tomorrow, Ava.”

“You too.” She watched him leave, ignored blond guy staring at her with what seemed to be a smirk, then searched for the ladies’ room. Once finished, she had every intention of leaving and not looking back.

But she paused next to blond guy and, noting the still-open seat, she sat.

“Ava, huh? Pretty name.” He turned in his seat and grinned down at her while guzzling a beer.

“Landon.” His grin nearly did her in, because his whole face lit up with joy, making it seem as if he’d brought the sun into the darkened restaurant. “But I’m sure there are a few other names you’d like to call me.”

“What is your problem?”

She blinked. “What’s my problem, besides you?”

“You and boring guy.”

She frowned. “That’s not a nice thing to say.”

“Yeah, I’m not known for nice. But I’m honest. Honey, Charles is not the guy for you.”

“Excuse me, but Charles was a perfect gentleman.”

A jazz band started playing in the corner, making it harder to hear, so he leaned closer. Unfortunately, she got a good whiff of his cologne, and it went straight to her head. Just her luck Landon smelled like a dream.

She cleared her throat. “And my name is not ‘honey’. It’s Ava.” She would have added Dr. Ava Rosenthal in a haughty tone, except Landon’s breath brushed her ear, and her entire body locked up. Tight.

“Ava, you need someone that makes you hot. Boring is no good. Not for someone like you.”

She’d swear his lips touched her, and her system seemed to go haywire. Her breasts tightened, she got a funny feeling in the pit of her stomach, and she clenched her thighs together, feeling a lower torso shiver from out of nowhere.

“Like me?” She felt weak and slowly pulled back.

Except that put her at eye level with the man a breath away. He was so close she saw gold flecks in the irises surrounding pinpoints of focus, directed at her. His cheekbones were high, his nose straight, arrogant, his chin square. Manly. His firm lips parted when he inhaled, as if breathing her in.

“Like you.” He leaned closer and kissed her with the softest press of his lips, then pulled back as if he’d never been there. “Damn.” He drained the rest of his beer then asked for his tab. After taking a deep breath, he let it out and turned to her once more. Landon stared at her mouth, then at her top, still visible because she hadn’t yet zipped up her coat.

Despite the sweater that covered her from neck to waist, she felt almost naked as his gaze roamed her breasts before lazily working back up to her face. “When you come back to the gym, ask for me.”

“Wh-what?” she put a finger over her tingling lips. “Why?”

He chuckled. “Suspicious little thing, hmm?” He pulled at her hair, tugging on the long strands.

She frowned and tugged it back.

His smile grew. “We’re thinking of starting a self-defense class at the gym. It’s a good thing for women in the dating scene, especially.”

“To protect them from pawing men?” She glanced at her hair, then his hand.

His eyes glowed with mirth. “You should always know how to protect yourself.” He leaned closer. “But never from a guy like me.”

I love the books of Marie Harte, I started off reading her paranormal books (which are my go-to reads, especially when I need pulled from a reading slump) but I quickly became a fan of her contemporary romance stories… I mean, who doesn’t love a fun, well written, hot romance (especially when there’s a crossover of some of your fave characters/series)… so when I discovered that there was a connection between not one but three other series in A Sure Thing I was over the moon and couldn’t wait to read it!!

To be honest, given our first glimpse of Landon Donnigan at the end of the last BSBB book I wasn’t sure I was gonna like him and was a bit concerned he was gonna be a totally arrogant jerk… but Marie didn’t let me down, he wasn’t at all like I expected and I really liked him – no, scrap that, I LOVED HIM!!!
He’s really funny, has a great connection with his family (reading about him goofing about with his siblings was a lot of laughs), he’s really good with Ava and he’s hot, Hot, HOT!!!

Ava was really likable. Yeah she was organised, had a pretty set view of the kind of guy she should be dating and looking for a relationship with (and that wasn’t anything like Landon) but she was independent, feisty, she was funny too and could hold her own when it came to Landon.

The banter between the pair was great, the sex was smoking and the dirty talk was off the charts hot! This pair really worked well together!

We met a lot of new characters in book 1 of the series, caught up with old faces from previous books and I can’t wait to find out more about the rest of the Donnigan family!

A Sure This is a 5* read for me and one I’d recommend to fans of Marie’s other contemporary series or to readers who like some laughs and fun with their smokin’ hot stories!

A Sure Thing is also connected to Working Out,

the 2nd book in The Works series 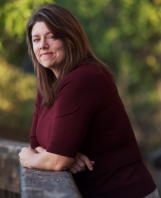 She’s a confessed bibliophile and devotee of action movies. Whether hiking in Central Oregon, biking around town, or hanging at the local tea shop, she’s constantly plotting to give everyone a happily ever after.

Visit http://marieharte.com and fall in love.