***Can be read as standalone – no cliffhangers****
Sloane Fitzgerald was living the perfect, California-girl life. Engaged to her college boyfriend, working her dream job, and settling into her new home where she’d planned on living happily ever after. It was storybook perfect.
But life isn’t a fairytale.
Sloane’s world is suddenly rocked to the core with a devastating discovery. Needing both time away, and a distraction from her misery, Sloane heads to Boston to take over her late uncle’s failing bar.
Dylan Hemmons lives a charmed bachelor’s existence.
After serving in the Marines, Dylan returns home to the South Boston neighborhood where he grew up. While working for his father’s company has its perks, Dylan realizes his career passions lay elsewhere.
Dylan aspires for more.
He had no idea it would be in the form of a beauty from California. As their lives intersect, Sloane and Dylan find that
the electricity between them is more than they can resist.
But Sloane’s past comes knocking on her door. If exposed, the secret she carries could destroy both her teaching career and what they have together.
Will Dylan believe in Sloane, and stand by her when the truth comes out? Or will this fling be over before it begins, and turn out to be just a physical distraction for them both?

Other Books from Sierra Hill 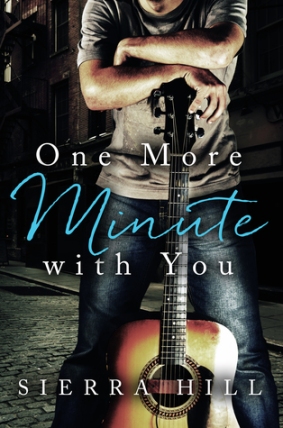 About the Author:
Sierra Hill wrote Physical Touch, her first full-length romance, after a corporate acquisition provided her some
quality writing time during a stint of unemployment. She has always been an aspiring writer, and feels incredibly blessed to be living her dream.
When not working part-time or writing her hot, steamy novels, Sierra loves attending live concerts, and is a huge alternative music enthusiast. She and her husband even travel to various cities across North America whenever their
favorite band, Pearl Jam, is on tour. Sierra freely admits to being addicted to reading, all things chocolate, and too much coffee.
Sierra resides in the Seattle area with her husband of twenty years and her rescued (and certifiably crazy), German Shepherd dog. She is currently busy working on her next book.
Facebook: