Lara Mehta has spent most of her days trying to avoid her family and the same question that they always ask; when will she get married? Despite being successful and having a great job in a pharmaceutical lab, it’s not enough for them. They feel it’s prime time for her to move on and settle in with a husband. Lara avoids this as much as possible until one night when a thief breaks into her workplace. The moment she sees him, she cooks up the perfect plan. If she can convince her family that this man is her fiance, then that means no more questions or badgering.

Sebastian Castillo is smart, handsome, and struggling to survive out in the world. He makes a bad decision when he breaks into a lab and is caught suddenly. However, he is saved by Lara and she makes a deal with him. All she asks is that he pretend to be her fiance for a short amount of time. If he can do that much, she won’t tell anyone about his true profession. She also plans to teach him how to be the perfect gentleman for her family. He agrees to this and figures that they will not fall in love. After all, she is well off and he is not. There is no way they could ever be attracted to each other.

At least, that’s what they both think…fate just has another plan for them. 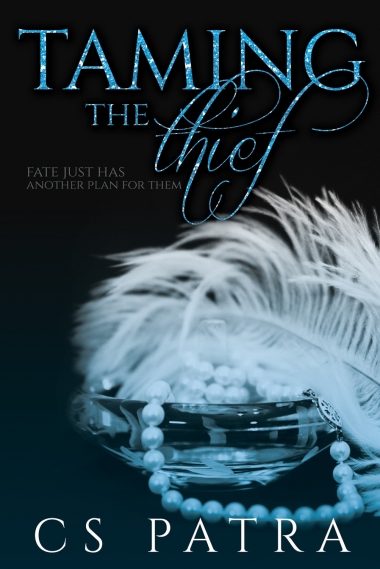 CS Patra is the author of several book series. They include but are not limited to The Reaper’s Apprentices, Operation: Genome, Cirque Macabre, Portman’s Creamery mysteries, The Patterns & Parallels Saga, Ghosts of Burning Inn, and Flavors of Love. She loves to dabble in different genres and loves to cross over. Her personal favorite thing is to write about female characters in different situations.

Although she does work during the day, most of her nights are taking up by writing. Currently, she lives in North Carolina with her family. She loves ladybugs, yellow roses, movies, book signings, mysteries, watching old Youtube videos, ghost stories, gossip, music, people making her fanart, museums, ice cream, and being a wisecrack though not all in that order. Writing and peacocks hit the top of her list, though.