COVER REVEAL ~ Awakened by the Wolf by Kristal Hollis 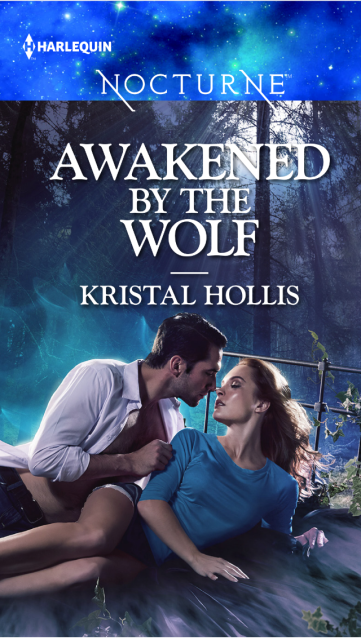 Who’s been sleeping in the Alpha’s bed?

Exiled from his pack by his father, Brice Walker has secretly come home to visit his ailing grandmother only to discover a human and very desirable female sleeping in his bed. Their attraction is instant. But his new bed buddy seems determined to resist his Southern charm and Alpha allure.

For Brice, fiercely independent Cassie not only represents a chance to build a new life in Walker’s Run but is also his one true mate. Cassie’s reluctance dissolves when a rogue shifter kidnaps her, and now she and Brice must work together to save his pack. But once she witnesses the savagery of wolfan justice, can Cassie accept Brice as man, beast and her true love?

“Do you ever keep that thing covered?” The huskiness in Cassie’s voice caused his thing to twitch.

“You like seeing me naked. I can see it in your eyes.” Securing the towel around his hips, Brice padded barefoot across the cold tile.

“What you see is my brain being fried from too much exposure to all your glory.”

“You think I’m glorious?” Brice unfastened her silver hair clip. Red ringlets splashed over his hands and slid through his fingers. He held fast to one curl and stroked the luxurious strands across his cheek. A thrill zipped straight down to his groin.

“That’s not what I meant.” A slight tremble parted her lips.

Cassie’s scent wove a spell of need and want that smothered reason. Helpless to resist, he slipped his arm around her waist and lowered his face to hers. She squinted and puckered her mouth, but not to receive his lips.

“I don’t want this.” She gestured a between-you-and-me hand signal. “I have plans for the future and you’re not in them.”

Even though he agreed they had no future together, he disliked hearing her say it.

“You need ground rules.” Cassie wormed out of his hold and faced him with a straight back, squared shoulders and both hands on her hips.

Her eyes slanted with censure. She pointed her jaw and scrunched her mouth like his fourth-grade teacher when he’d neglected to do his homework three days in a row. When he’d been a wolfling, the no-nonsense, better-get-your-shit-together look had mortified him into compliance. Now that he was an adult male in his prime, that look on a feisty, petite human female did something entirely different. 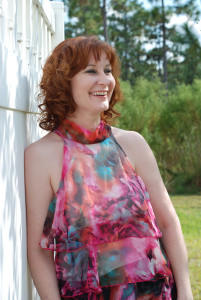 After earning a degree in psychology, Kristal has enjoyed career and volunteer endeavors that have included sales, banking, social services, and animal rescue. When a family medical situation required her to take a work sabbatical, she began penning deliciously dark paranormal romances as an escape from the real-life drama. Even though the crisis passed, her passion for writing continues.

Currently, Kristal lives with her husband and two rescued dogs at the edge of the enchanted forest that inspires her stories.

Kristal is giving away a print copy of Awakened by the Wolf! Open INT.
To enter please fill out the giveaway widget! 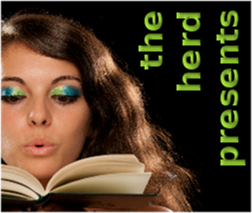