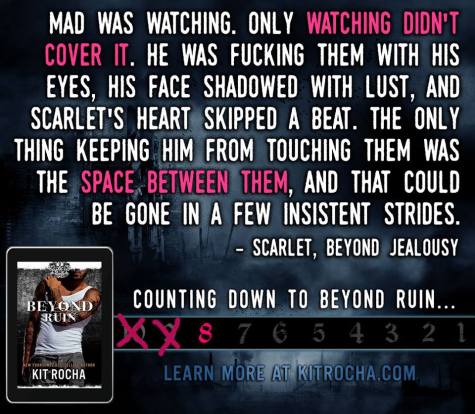 It’s soooo close guys, so by popular request our favourite Kit Rocha gals are counting down to release day with excerpts of their four fearless protagonists in previous books!

Today’s Teaser Quote is from Beyond Jealousy 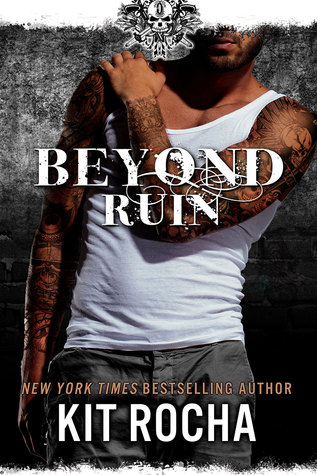 Adrian Maddox fled his royal life—and tragic past—in Sector One, choosing instead to join up with the O’Kanes. For years, he’s lived by one rule: love fast, love hard, and always be willing to walk away.
He’s managed to guard his heart, keep it whole and untouched—until now.

They couldn’t be more different—
Dylan, the brilliant, burned-out doctor from Eden who drowns his pain with drugs and self-destruction.
Scarlet, the sensuous, sexy rocker from Three, a woman unafraid to embrace the world.
And Jade, the whore turned spy from Sector Two, who battled addiction and came out stronger than anyone he’s ever met.

Separately, they make Mad long to open his heart, to tumble head-first into a sea of possibilities and wild love. Together, they make him burn, inside and out, with lust and unbearable, unimaginable pleasure.

Then one fateful moment shakes their world to its foundations—and leaves the sectors on the verge of all-out war with Eden.
It’s the biggest fight the O’Kanes have ever faced, and Mad and his lovers are at the dead center of it.
They could end up with everything they never knew they wanted—or lose it all.
Including their lives.

Kit Rocha is the pseudonym for co-writing team Donna Herren and Bree Bridges. After penning dozens of paranormal novels, novellas and stories as Moira Rogers, they branched out into gritty, sexy dystopian romance.

The series has appeared on the New York Times and USA Today bestseller lists, and was honored with a 2013 RT Reviewer’s Choice award. 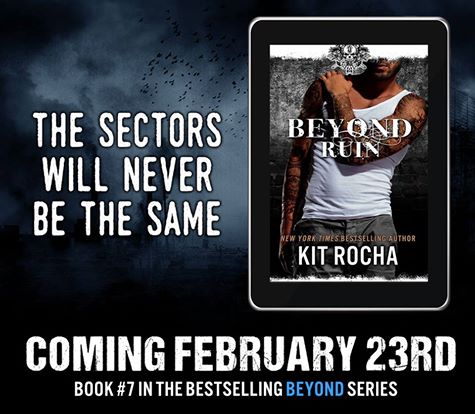