Add Left Behind to your TBR list on Goodreads! https://www.goodreads.com/book/show/22438116-left-behind

Two stories so deeply intertwined, you’ll think you know how they intersect…but you’ll be wrong….

The day I met Emily Bennett my whole world changed. Sure, we were just kids, but I was old enough to know my life would never be the same. She was my best friend. My destiny. My fate. I wasn’t wrong…I just didn’t know how twisted fate could be.

After the death of my mother, moving from my dark and dreary trailer park to sunny California, I was focused on one thing – finding a sister I’d only just learned existed. Falling in love with him wasn’t part of the plan. But he filled a void I never knew was possible to fill. He had to be my fate. My destiny. Until the day I finally found out who my sister was…and how twisted fate could be.

Worth the Fight (MMA Fighter Series, Book One)

Belong to You (A Cole Novel, Book One)

Made For You (A Cole Novel, Book Two)

Vi Keeland is a native New Yorker with three children that occupy most of her free time, which she complains about often, but wouldn’t change for the world. She is a bookworm and has been known to read her kindle at stop lights, while styling her hair, cleaning, walking, during sporting events, and frequently while pretending to work.  She is a boring attorney by day, and an exciting smut author by night!

Dylan Scott is a New York trial attorney, wife and mother of four.  She believes her job as a trial attorney is a subcategory to the field of entertainment more than law.   With a Bachelor’s Degree in English Literature she believed teaching English was a destined career choice until she realized her life long talent of “argument” could actually be her job.   A recent, fairly boring, midlife crisis resulted in a brief stint as a middle school English teacher which confirmed that she wasn’t ready to give up the law.   Dylan has also taught legal courses at the college level and worked with at-risk inner city youth in the roles of mentor and coach.  She is co-author Vi Keeland’s biggest fan.

FANCY A QUICKIE? ~ TAKE DOWN BY MALLERY MALONE 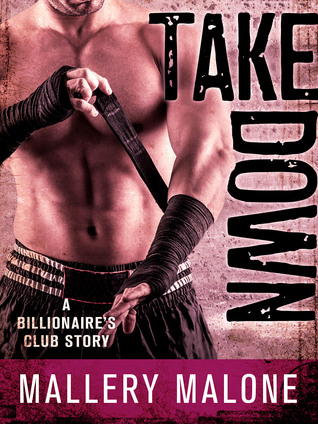 Powerful. Dominant, Unforgettable. He commands submission at all costs.

Cage fighter, Gabriel Devereaux, a man of barely leashed power, is known as the Bayou Beast.

There is one woman he will do anything , pay any amount to possess.

Karina Armistead, has come a long way from the innocent girl Gabriel used to know. An internationally known singer, she can have anything she wants. But everything tells her that getting involved with the Bayou Beast may leave her wrecked beyond repair.

Little does Karina Armistead know, but Gabriel has decided that she will be his.

He will destroy anything or anyone who stands in his way.

Sebastian Delacroix, Raphael Jerroult, and Gabriel Devereaux are champions in their chosen sports, victors in business, and legends in the bedroom. Each one knows success is won through through blood and sweat, and all have paid their dues.

One by one, each man reunites with an old flame, each of whom had good reason for walking away. Now each man is in for the fight of his life, with the biggest prize of all on the line: love.

READ CHAPTER ONE OVER ON MALLERY’S BLOG

Mallery Malone is the author of contemporary and historical romance of all heat levels. An avid reader, she loves to discover new worlds and characters that strike a deep emotional connection.

Mallery lives on the outskirts of Atlanta with her guitar hero husband, several cannibal fish, and two standard poodles who think they are lapdogs. When not working the day job, she spends her time hanging out with friends, people watching, and working on her next writing project.

Find Mallery on the web at

For those who don’t know, “quickie” is the term given to a sexual romp that is exactly that – quick. It is to the point, exciting and usually quite intense. And it is often more animalistic and lust-driven than regular “romantic” sex.

Take Down is a fabulous quickie – Exciting, intense, lust-driven, quick and animalistic!

It`s my first outing with this author but a fast and furious one! I normally steer clear of Billionaire books and throw the submission word in and I run a mile. Not my thing, doesn’t float my boat however the blurb to this one is deceptive because that’s not the type of book it is.

Gabriel Devereaux is a professional cage fighter known as The Bayou Beast, a man possessed with an urge for revenge that has driven him for many years. He`s become a little jaded and bored with life, fighting in illegal matches all over the world for thrills as even his multi-billion dollar businesses bring him no satisfaction.

Karina Armistead is an internationally known singer whose previous history with Gabriel nearly broke her.

When Gabriel decides it’s time for their paths to meet again and to take his revenge he doesn’t factor in the emotional and physical response that she pulls from him even after all this time, his plans quickly become derailed as he realises he wants more with Kari than to use her, he wants her again, mind, body and soul.

“I want to be your white knight. Not to save you – you saved yourself just fine. I want to be your champion, standing beside you while you take on the world. I want you to be what I live for, what I fight for.”

This is a quickie that’s a perfect blend of hot yet romantic. The chemistry between Gabriel and Kari in and out of the bedroom is intense and sweet at the same time. Two people torn apart by the actions of others trying to find their way back together thru a history of hurt and mistrust.

A very satisfying quickie and a surprise to me as I don’t like novellas usually yet finished this one sated and smiling!!