When Murphy Landon, the New York socialite, runs off to Vermont with her bruised reputation and stylish wardrobe in the trunk of a used car, it’s the first time in her life she’s dared to turn her back on her high-society parents.

Used to grabbing a gourmet coffee whenever the urge strikes, Murphy finds herself on the other side of the counter, fumbling strangers’ orders…until a sinfully handsome thirty-three-year-old version of Ben Rooney from high school walks in.

The pair met years ago at a prestigious boarding school and became friends, but only behind closed doors. She’d been a spoiled brat, and he was a football player on scholarship. Ben tried to hide his crush on her, and Murphy set firm boundaries. After a prom night gone wrong, they’d gone their separate ways.

Now their circumstances are reversed. Ben is a successful surgeon. He’s come a long way from his parents’ humble maple syrup business. And Murphy is pouring his coffee? Is this a joke?

His first thought is that she should drive her gorgeous self right back to New York, where she can’t possibly break his heart. His second one is deep concern. His third thought is he wants a do-over of prom night. A very adult one…

With plenty of secrets between them, copious pure maple syrup, Ben and Murphy are in for a wild and sticky ride.

All the links in one spot: https://shor.by/busy-bean 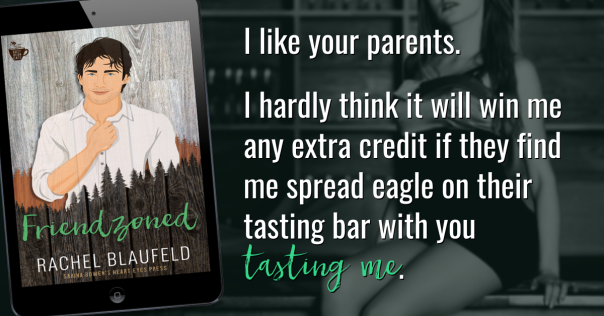 My head felt congested like when spring allergies first come on. A dull ache throbbed in my forehead and ears, the kind of ache that lingered. I wondered why Ben was here in Colebury—at least a half hour from Montpelier—while his blue eyes urgently bore into me, trying to tell me something telepathically. Maybe he simply wanted me to leave him alone.

My cheeks burst into flames. “Right. I’m on it.”

Forcing myself to look down at the counter, I made the drink. At least this wasn’t an order I could mess up. My thoughts, typically a jumbled mess of espresso drink recipes, was now swirling with memories of Ben then compared to the reality of Ben now . . . this new version of him.

When I handed him the reusable mug, he tightened the cap and said, “Thanks. You didn’t try to poison me, did you?”

Swallowing my pride, I shook my head. “Of course not. I would never. Plus, Zara wouldn’t be too happy with that. She’s a good one,” I said, the last part a whisper. She’d given me a chance, after all.

“At one time, you did try.” He raised a brow, alluding to the badly spiked punch at Burnett’s after-prom party.

I’d felt compelled to go to that stupid party, determined to show my ex what a good time I was having with Ben. Except, poor Ben got sick and spent the evening puking, and I was at a loss about what to do with him. I’d never been very good at putting anyone else first. After all, I’d never had to.

Ben took a long sip of his coffee, mesmerizing me with the bob of his Adam’s apple. He cleared his throat, drawing my attention away from his corded neck. “Not bad.”

“Wow. Murphy Landon. In the Busy Bean. On the opposite side of the counter than I bet you’re used to being, huh? Tell you the truth, I’d never thought I’d see the day. You doing this,” he waved his hand at the counter, “right here in Vermont.”

He stared at me with equal parts fascination and contempt, probably because I let him get rip-roaring drunk and make a fool of himself way back when.

“It’s an honest job,” I said, “and I happen to need it. Anyway, I thought you were in a hurry, but now you have time to make fun of me?”

I frowned at him, feeling the need to defend myself when I didn’t owe Ben a single thing. After all, I’d come to believe that he hadn’t always been honest with me. Not to mention, Ben was just as guilty about lumping me into stereotypes as I had done with him. Right?

“Oh, I’m sure you need this gig. Like you needed good grades in high school, as if you weren’t going to get into the Ivy League from Pressman. Aw, sorry.”

He ran his free hand through his hair. It happened to be his left, and I made the mistake of noting he wasn’t wearing a wedding band.

“I don’t mean to be rude,” he said. “This is such a shock, seeing you here, and I’m not handling it well. You look good, Murph. Nice to see you. Honestly. I mean it,” he said, holding a hand up as if he were swearing to it.

Rachel Blaufeld is a bestselling author of Romantic Suspense, New Adult, Coming-of-Age Romance, and Sports Romance. A recent poll of her readers described her as insightful,generous, articulate, andspunky. Originally a social worker, Rachel creates broken yet redeeming characters. She’s been known to turn up the angst like cranking up the heat in the dead of winter.

A devout coffee drinker and doughnut eater, Rachel spends way too many hours in local coffee shops, downing the aforementioned goodies while she plots her ideas. Her tales may all come with a side of angst and naughtiness, but end as lusciously as her treats.

As a side note, Blaufeld, also a long-time blogger and an advocate of woman-run anything, is fearless about sharing her opinion. To her, work/life/family balance is an urban legend, but she does her best.

Rachel has also blogged for The Huffington Post, Modern Mom,andUSA TODAY,where she shared conversations at “In Bed with a Romance Author”and reading recommendations at “Happy Ever After.”

Rachel lives around the corner from her childhood home in Pennsylvania with her family and two beagles. Her obsessions include running, coffee, basketball, icing-filled doughnuts, antiheroes, and mighty fine epilogues.

When she isn’t writing, she can be found courtside, tweeting about hoops as her son plays, or walking around the house wearing earplugs while her other son, the drummer, bangs away.

To connect with Rachel, she’s most active in her private reading group, The Electric Readers, where she shares insider information and intimate conversation with her readers: