Release Date: June 18, 2020
Blurb
Reece Diavolo. They call him The Devil behind his back, and when the vicious mob boss sees the bride at his cousin’s wedding he decides there won’t be a marriage after all that day…because now she belongs to him.
Macy Shaw. They call her The Mouse to her face, and when the goodest of good girls learns her blackmailing fiancé has disappeared she’s relieved…until she realizes her savior is even more dangerous than the groom.
Author’s note: Suck is short, sweet, and dirty, filled with all the best parts of a romance for a fun two-hour read. No triggers or cliffhangers and a guaranteed happily ever after.
ADD TO GOODREADS 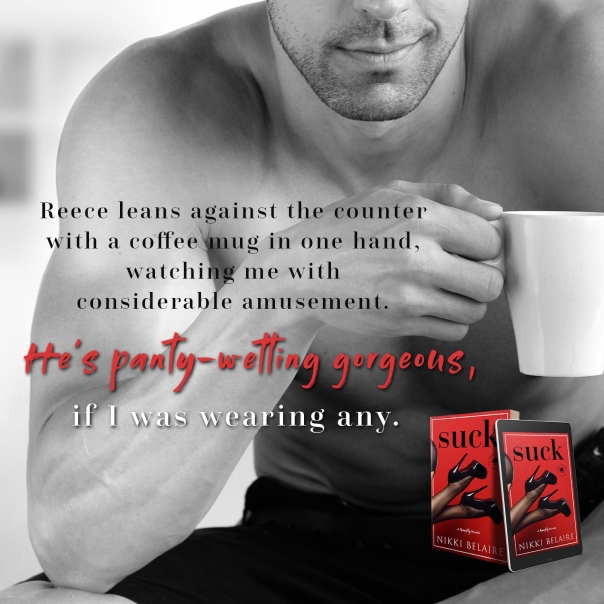 Excerpt
Blowing out a deep breath, I swipe my ripped thong and shredded thigh highs off the floor and race back to the bathroom, shoving them into the trashcan under the sink. Too bad the dress won’t fit in the bin too, but I can’t leave the gown behind either. That would be too tacky. I slowly twist the knob, peeking out into the hallway. Unsure if I’m relieved or
disappointed the corridor is empty, I shake my head. Trying and failing to mute the emotions swirling in my brain as I tiptoe across the black hardwood. I don’t know why I’m trying so hard to be quiet but silence seems appropriate. I grab the monstrosity and my heels off the living room carpet and sweep toward the door. Only about twenty feet and I’ll be outside. Maybe one of the guards I saw last night will loan me his phone to call an Uber and I can go somewhere that’s not here.
“Good morning angel.”
Reece leans against the counter with a coffee mug in one hand, watching me with considerable amusement. He’s panty-wetting
gorgeous, if I was wearing any, with the wicked grin lighting up his handsome face. He looks like a model posing for a photo shoot, and every single woman I know would buy whatever it is he’s selling no matter how much it costs. I avert my eyes to keep from staring at his broad chest or the six pack resting so sleek and defined above his gray sweat pants.
“Good morning.” I tug against my improvised dress. “I hope it’s okay I’m borrowing your shirt. I promise to return it. I’ll wash–”
“Where are you going?”
I grin too. Casual and carefree. Saving my meltdown for later. When I’m home alone. Although I’m not sure right at this exact
moment where home actually is. “Walk of shame. Isn’t that what you do after a one-night stand?”
Something shifts in his stance and his expression. A hardness that makes me shiver. The satin fabric rustles from my shaking arms, and I resist the urge to step back when all I want to do is step closer. Yet in another instance the irritation is gone and he smirks. “Because you know so much how one night stands work?”
He’s teasing. But my cheeks flame hot anyway. Yes, I’m a stupid, inexperienced virgin who let booze and humiliation and desire cloud her judgment. But I boss up and accept my mistakes. Move on without regret or request anything more from him. “Thanks for everything. Really. You were great when I needed a friend and I–”
“What are you going to do with that?”
Ignoring my awkward attempt to convey gratitude, he nods toward the gown draped over my arm.
“Burn it.”
Damn. I shouldn’t have blurted out something so childish and immature. Yet, all he does is nod. Seeming to wholeheartedly approve of my idea.
“My thoughts exactly.”
The clink of his cup against the granite countertop sounds as harsh as my breath when he holds out his hand. Uncertain what he wants—what to do—so I just stare. He just frowns, mad at me, but I’m not sure why.
Coming Soon 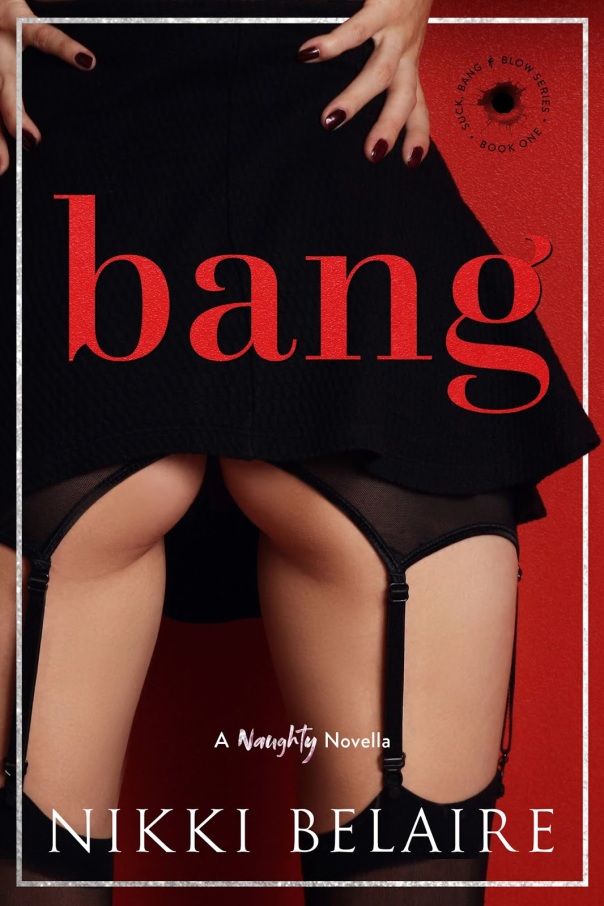 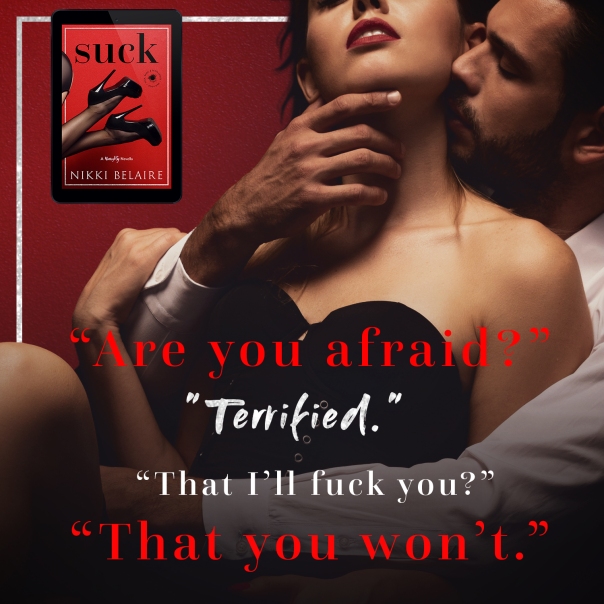 Nikki writes contemporary romantic thrillers and admits to a weakness for bad boys, especially ones who can’t live without the strong women they love. She spends more time in her characters’ lives than her own. But, when she’s in the real world, her passions include reading, wine appreciating, running, and spending time with her husband and daughter.
Author Links
FACEBOOK
PAGE | PROFILE | GROUP
BOOKBUB
AMAZON