Most Lone Wolves have a story.

Up ‘Til Dawn Book Blog

Romance Book Reviews For You

What the Cat Read

Enforcer John Nelson has pulled double duty for months, keeping an eye on the Lone Wolves who are his charges as well as those that once answered to Margo Montgomery. More of a loner than most, he doesn’t mind going months at a time without seeing another Enforcer as was his typical pattern or at least it was until the formation of the Three Rivers pack disrupted lives everywhere. Now he must divide his time between watching the upstarts and checking on his charges while working with the other Enforcers to anticipate the next move by the Russian Volchitsa. No Enforcer expected to find themselves among the hunted, but when they target the one wolf he can tolerate, John defies orders to go after her.

Hadley Sexton is a bit of a wild card even for an Enforcer, and she loves being unpredictable. More of a mother hen than she likes to admit, she keeps an eye on her Lone Wolves, and treats them more like family than charges…but when three Enforcers are brutally murdered over the course of three weeks, Hadley discovers someone has been shadowing her trail and they aren’t alone. It is a dangerous game with a brutal enemy, one willing to kill the wolves she’s sworn to protect to draw her out.

For Hadley, John will break every rule, but will he be in time?

Read an Excerpt from THUNDER WOLF

First things first, he was going to go very long hot shower to scrub his brain and body free of the lingering hunger he experienced where Hadley was concerned.

Twenty minutes later, with a towel wrapped around his hips, he walked back into his bedroom to find Hadley perched on the foot of his bed with a cup of coffee in hand. She looked deliciously sleep rumpled, right down to the creases in her cheek and the wild disarray of her curls.

He wasn’t sure if it was her or the scent of coffee, which struck him in the solar plexus.

“Coffee.” The syllables came out like a pair of grunts. She pointed toward the dresser and he followed with his gaze to where she indicated. A large mug of coffee awaited him, cream no sugar.

“Thank you.” He claimed the cup and took a long drink. The scalding heat combined with the rich flavor of the Arabica beans and the hint of sweetness in the cream went a long way toward soothing his unsettled beast.

“Yep.” Only the hardness of the word made it discernible in her mumble. The beast might be sitting upright and drinking coffee, but he knew better than to engage. John gathered his clothing in one hand before grabbing the mug with the other, then walked toward the bathroom.

It wasn’t until he stepped inside that he realized he’d gone to change out of sight of the wolf he cared about so much. Embarrassment flooded him. Chagrinned, he glanced toward where she sat, but she didn’t so much as glance up from staring into her coffee mug.

Hopefully, she hadn’t noticed. Nudity among wolves couldn’t be an issue. They shed their skin for fur and fur for skin—they were always naked. Being a prude or worrying about body issues wouldn’t let them last long. Hell, he’d seen Hadley nude plenty of times, as she had him. While he treasured those memories of her beauty, he refused to ogle her.

Why was it a big deal today?

Uncertain of whether to be annoyed or worried, John stripped off the towel and ran it over his body quickly to dry off any remaining moisture. Afterward, he dragged on a pair of briefs, followed by jeans then a loose T-shirt. He skipped shoes, as he didn’t expect them to go out anywhere and he preferred the maneuverability bare feet provided.

Sipping his coffee, he returned to the bedroom and Hadley. She hadn’t moved from her previous position, and continued to cradle her coffee mug.

“You want a second cup?”

She never was very good before she had at least one full cup of coffee in the morning.

“Come on down when you’re ready. I’m going to start breakfast.”

He made it all the way down the stairs and halfway to the kitchen when he realized breakfast wasn’t what he’d been seeking when he left the room. He’d been running away.

Other Books in the Wolves of Willow Bend Series: 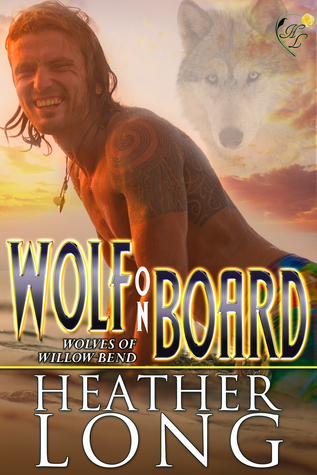 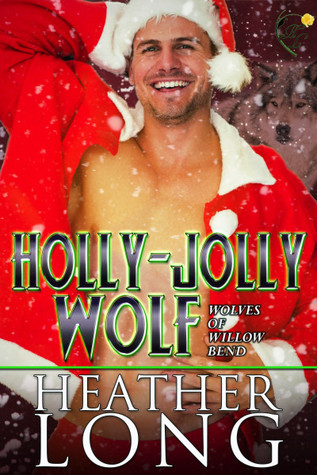 Novella is available at Amazon | Barnes & Noble | Kobo | iBooks | ARe

HIS MOONSTRUCK WOLF (Once Upon a Valentine Anthology)

National bestselling author, Heather Long, likes long walks in the park, science fiction, superheroes, Marines, and men who aren’t douche bags. Her books are filled with heroes and heroines tangled in romance as hot as Texas summertime. From paranormal historical westerns to contemporary military romance, Heather might switch genres, but one thing is true in all of her stories—her characters drive the books. When she’s not wrangling her menagerie of animals, she devotes her time to family and friends she considers family. She believes if you like your heroes so real you could lick the grit off their chest, and your heroines so likable, you’re sure you’ve been friends with women just like them, you’ll enjoy her worlds as much as she does.