Pepper O’Malley isn’t one to be toyed with. Fool her once, shame on you. Fool her twice and they’ll have trouble finding your body. She used to dream of white picket fences and happily-ever-afters, but now she lives in the real world. As the saying goes, Hell hath no fury like a woman scorned, especially when that woman is a redheaded spitfire.

Griffin Locklaine always viewed commitment as a four letter word. He was clear about what he wanted from the start and made no apologies for it. He didn’t care if he came off cold as ice. He lived for his job, his family, and his friends. He had no desire for a relationship. That was, until he saw the once-young-and-scrawny Pepper all grown up.

They’re like oil and water, fire and ice. A volatile combination that should never work together. Unfortunately fate has other ideas. A spark like theirs left ignored has a tendency to burn out of control, leaving everyone to wonder who will be left standing when it finally explodes. Only one thing is certain. When they finally come together it’s going to be epic.

A sudden bang from the direction of my kitchen caused me to freeze instantly. Sheer panic filled my veins like ice.

Someone was in my apartment.

Holy shit! Someone was in my apartment!

Now, a rational person would have grabbed the phone and called 911. Or at the very least, found a safe hiding spot so as not to get hacked to pieces by a potential ax murderer. But I’d never been described as rational, and my hungover state only made that worse.

Bypassing my cellphone completely, I quietly pulled my nightstand drawer open and reached for my Taser. That’s right. I was a single woman living on her own in New York City. Fuck pepper spray. If someone was going to screw with me I was hitting them with fifty thousand volts. I didn’t mess around. 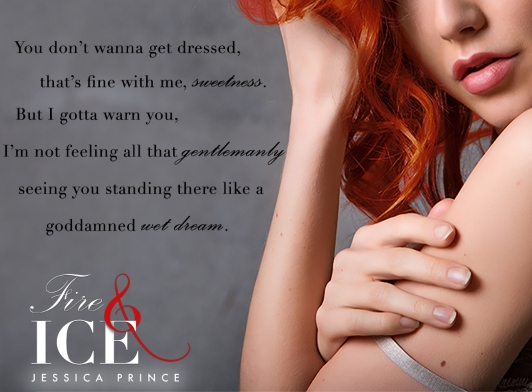 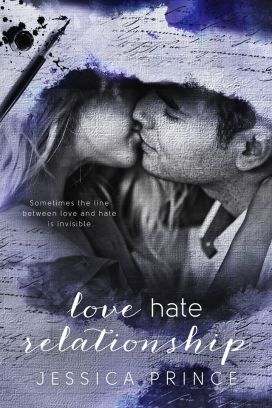 Born and raised around Houston Texas, Jessica spent most of her life complaining about the heat, humidity, and all around pain in the ass weather. It was only as an adult that she quickly realized the cost of living in Houston made up for not being able to breathe when she stepped outside. That’s why God created central air, after all.

Jessica is the mother of a perfect little boy–she refuses to accept that he inherited her attitude and sarcastic nature no matter what her husband says.

In addition to being a wife and mom, she’s also a wino, a coffee addict, and an avid lover of all types of books–romances still being her all time favs. Her husband likes to claim that reading is her obsession but she just says it’s a passion…there’s a difference. Not that she’d expect a boy to understand.

Jessica has been writing since she was a little girl, but thankfully grew out of drawing her own pictures for her stories before ever publishing her first book. Because an artist she is not.