She’s in a white dress that dances around her ankles, and her hair tumbles in a long sheet of curls down her back. A veil covers her beautiful eyes, and she smiles directly at him. Janie is everything Rafe’s ever imagined she would be on her wedding day.
Breathtaking. Gorgeous. Perfect.
The moment he sees her walking down the aisle towards him, he knows that she’s the one.
Then she passes him, making her way to the man she’s to marry.
A man that wasn’t him.
A man that he knows with one hundred percent certainty isn’t good enough for her.
It seems that her father isn’t the only one who’s having a hard time giving her away. Rafe only wishes he knew why.
Everything about Janie sparks protective instincts he doesn’t feel for anyone, not even his own fiancé.
What he feels for the bride, however, isn’t merely a simple attraction. He knows that something is there just beneath the surface…if only he could reach it.
It has to be something huge, too, otherwise he wouldn’t be drinking whiskey straight from the flask in a church pew and wondering how many years he would do in prison if he shot the groom in front of about a hundred witnesses—half of those being cops.
He was good…but not that good.
A near-death experience cost Rafe almost six months of his memory, but right now he can’t help but feel like a huge mistake is being made on both of their parts. One that’s going to cost him everything.
Then she says I do. 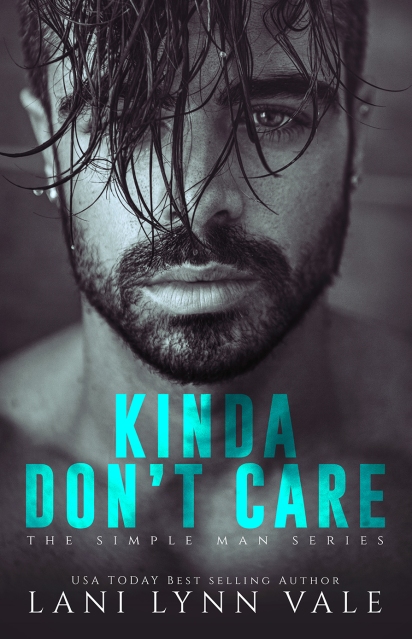 At risk of repeating myself from earlier reviews, I love the books and stories that Lani Lynn Vale writes and pretty much devour them in one sitting….  Kinda Don’t Care is the first book in The Simple Man series, and a spin off from a couple of LLV’s other sets, and what a start it was.

I’ve been intrigued by Rafe for an age and it was fab to find out more about him and see him finally get a chance with Janie – and then it all went hellishly wrong…. Yeah, there was some angst and a WTFH is she doing moment – but along with an interesting, action packed storyline (with a great twist that I did not see coming), a stubbornly determined leading lady and a hawt AF leading badass this was a really well done start to The Simple Man reads and I cannot wait to meet more guys and gals as this series progresses.

It might kinda help if you’ve read Lani’s previous series – if only to keep track of some of the supporting characters as you read KDC – but in all honesty, even if you haven’t, this could easily be a standalone starting point to her books. 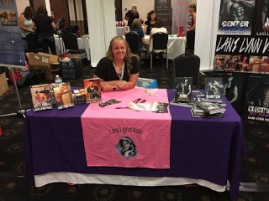 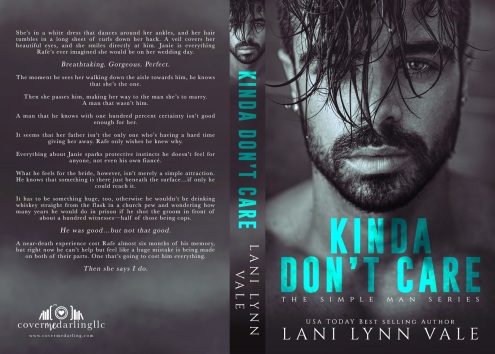