R.E.S. Tidmore is the author of the Awakener series, the Verbecks of Idaho, and Managing Mayhem. She has written for over ten years and has begun to self-publish the previous two. Writing was never something she thought she would do since having dyslexia. Spell and grammar were never her friends.
It wasn’t until college that she was exposed to creative writing and fell in love. She learned good spelling and grammar weren’t the only things that made you a writer; although it helped, you had to be about to tell a story. And telling stories was simply part of who she was. As a child she found many of life’s little events needed zing and that zing landed her in the principal’s office more than once, with her mother sitting next to her, bottom eyelid twitching.
She is a mother of three kids and a navy wife. Writing is her passion that has helped her through many of her husband’s deployments. She loves running marathons and half marathons with her husband and friends. She enjoys the quiet moments of her day where she can sit and recharge.

Searching for a way to help her best friend, Rachel, through a psychological break, Lily McMaster travels to a small town where she must seek a guide into the backcountry of Northern Idaho. But before she can start her journey, Lily begins to have hallucinations, causing a crippling bloodheat that threatens to tear her in two. Are the hallucinations a glimpse of her own psychological break with reality? Or could they be glimpses into a past she might share with the hard, muscled warrior who guides her? As she and her companions travel to the site of both her past and future, she discovers the bloodheat foretells the coming of her birthright as the Awakener of Souls, and the man who walks by her side holds the key to her salvation.

Maddox Bliss—a navy chief, bar owner, and mayhem manager—has sworn off women until retirement when in walks River Connelly, a stubborn beauty with no experience applying for a bartender position. Forced to hire her by his pregnant sister, Bliss gives River a chance to prove herself. Little does he know she’s the sister of Mathew Wagner—brother by bond—who recently died in a car accident, and Bliss feels responsible for his death. 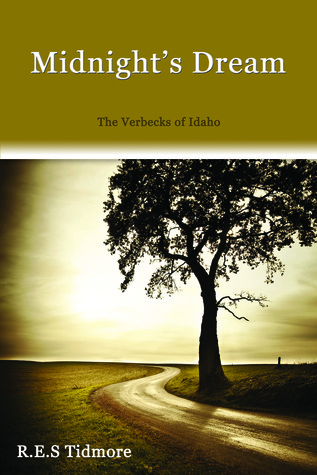 Emma Verbeck, the shy sister in the Verbeck family, struggles to be seen as a woman and doctor, not the timid child everyone in her hometown remembers. Frustrated with her inability to stand up for herself, she finds herself intrigued by the arrival of a handsome outsider. Logan Miller has recently returned home due to his father’s poor health, but when Emma finds she’s falling fast for the outsider, she discovers the handsome man is off-limits. He’s the man her family blames for the death of her brother that occurred years before. Suddenly, she’s in over her head, caught between the brothers she loves and the man who offers her a future.